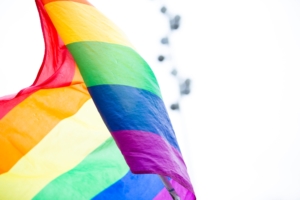 “Homophobia” is a word that our culture once defined as “the fear of homosexuals.” It was probably coined in the early years of the AIDS crisis when many people were afraid that the disease could be transmitted through hugging or hand-shaking. But applied as it is today, the word has little to do with any actual fear. It is now broadly and judgingly applied to anyone who refuses to endorse homosexuality, same-sex marriage, or any of the other “LGBTQ+” lifestyles as morally acceptable.

People who toss around words like “homophobic” and “homophobe” are not handing out compliments. Popular opinion, even in many religious circles, is that homophobes (as defined above) are narrow-minded, bigoted, hateful people — even un-Christian. We who truly follow Christ and believe what the Bible says about gender and sexuality might as well get used to the name-calling, because we could never approve of what God calls “an abomination” (Lev. 18:22), “unnatural” (Rom. 1:26), and “indecent” (Rom. 1:27). As obedient servants of Christ, we are not permitted to accept people into true Christian fellowship who are practicing any sin that, apart from repentance and faith in Christ, categorically excludes them from the kingdom of heaven (1 Cor. 5:9-13; 6:9-10). In fact, by justifying people who practice what God hates, we would make ourselves an abomination in His sight (Prov. 17:15).

As Christians, we would of course prefer that everyone would understand that “homophobia” misses the mark as an accurate description of the way we think. But there is a bigger issue—a question we should ask ourselves: How can we respond to all of this misunderstanding in a Christ-like way? Consider two answers to that question:

People who claim to represent Christ yet march around waving hateful placards and shouting vilifying and offensive slogans about (or at) those who identify as one or the other form of “LGBTQ+” are not using a Christ-like approach. Instead, they are giving unfortunate credence to society’s negative understanding of homophobia. Some who use this method may genuinely hope that homosexuals are brought to fear God’s judgment and repent of their sins, and I realize that their tactics are thought to represent God’s hatred of evil and evildoers (Ps. 7:5; 11:7). But Jesus, who is the radiance of God’s glory and the exact representation of His nature (Heb. 1:3), never displayed God’s hatred of sin in this way. When He instructed his followers to love their enemies (Matt. 5:44) and lead sinners to salvation (Matt.9:37-38; 28:18-20), this type of “angry evangelism” was not what He had in mind.

Jesus felt compassion for sinners of every kind (Matt. 10:36). He even dined with them in order to warn them about God’s judgment and call them to repentance (Luke 5:29-32). His gentle manner in telling sinners the truth earned Him the label, “friend of tax collectors and sinners” (Matt. 11:19). His invitation was always to repent and believe, but it was always winsome, never degrading. He said, for example, “Come to Me, all who are weary and heavy-laden, and I will give you rest. Take My yoke upon you and learn from Me, for I am gentle and humble in heart, and you will find rest for your souls” (Matt. 11:28-29).

The harshest words Jesus ever spoke were not for homosexuals, thieves, or drunkards, but for the self-righteous Pharisees (Matt. 23)—men who despised the sinners Jesus ate with, and who held flattering opinions of themselves (Luke 18:11). Let us be like Jesus, and not like them.

2. Treat Homosexuals (and All Other Sinners) the Way Jesus Did

People who don’t understand the Bible often misrepresent the Lord’s compassionate approach to sinners as tolerance for sin. The way to correct this is not to misrepresent Christ and the gospel in the opposite direction by blasting away with hateful words and attitudes. Instead we should imitate Christ’s compassion and gentleness while telling the truth.

The Christ-like response to the “homophobe” label is not to avoid being labeled by quietly minding our own business as homosexuals approach their doom in ignorance. The Christian response is to treat them with respect and dignity and compassion as fellow human beings created in God’s image. Maintain this disposition toward them while telling them the truth about their sin, about God’s wrath, about the beauty of Christ and the cross, about the joy of living in true righteousness and holiness, and about the fact that you were once where they are now (even if you never practiced their particular sin). The most loving evangelists are the ones who explain the gospel to sinners of every kind while remembering that “we all once lived in the passions of our flesh, carrying out the desires of the body and the mind, and were by nature children of wrath, like the rest of mankind” (Eph. 2:3).

I am not afraid of homosexuals or others in the LGBTQ+ community, but I am afraid for them. Along with all other sinners (murderers, adulterers, fornicators, liars, thieves, swindlers, drunkards, the covetous, and the prideful), homosexuals will perish in hell if they do not turn from their evil ways. This is fact, not fiction or fantasy. Apart from God’s grace in granting them repentance from their sin and faith in Christ, they face an eternity of suffering so unimaginably horrible that I would not choose it for my worst enemy.