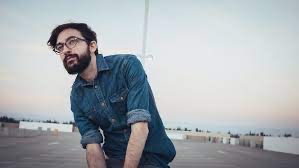 The younger, inexperienced, James: Does failure to obey God tell us the truth about a man? Is this so even if he claims to know Christ, and to trust him?

The wiser Mr. Brockton: Yes, without question. A man is known by his actions, but he must know his actions.

James: Do you mean that I can know if I am received by God by what I do? For, this is what troubles me regularly. What is the level of my obedience? Am I obedient enough?

Mr. Brockton: My story will explain:

In the society of believers — true believers — of Currant, Maine, a thin young man sought refuge. From behind, you might have thought him to be old. He had come into the church without anyone heralding him. He was there one Sunday and continued to be there each Sunday thereafter. As customary, the people received him, though curious about his quiet ways and searching looks. If anything, he was sincere. He sometimes looked at the floor when in a class of believers, but was every bit as alert to what was being said. He was not always quiet, but sometimes spoke with sagacity about a particular passage out of the Bible, in which he was quite well versed.

This wasn’t a lifeless church by any means. Even though the winters were cold and the summers lured most of the town away to the lakes and parks, the church had known vitality for many of its years. Nor was it a haven for dying saints who have more friends on the other side than here. No, there were young people and children in this little church. There were no dominating ones among them. And there were many who did love Christ and his word. Pastor Condell was a wise spiritual leader in the area to more than just his people.

There was nothing exactly wrong with the young man’s manner. He was cordial when spoken to, and sometimes tried to interest others in the word or in something about Christ he was learning. Gradually he became a steady rock of the church. That is, it seemed he knew Christ and that was an appreciated value in the people’s minds. His thoughts became important. Though quiet, he spoke as if he knew how to meet with God in his word. The people overlooked his curious manner.

But one day, much to the shock of his visiting friend, he was found out. A devoted friend in the church who had come over to his apartment, needed to borrow his computer to look up something quickly. What flashed up on his screen shocked both of them. It was soon obvious that the stranger of Currant, Maine had that very day viewed pornography. They rose and both stood there, embarrassed, stunned, and quiet.

Now what? The man who discovered this felt pressed to talk with the pastor. The young man agreed. Shamed, he went dutifully and willingly. Discussion ensued, but they saw that viewing pornography was not a practice of the young man, but something outside of him. Like in all young men, it fought for a life in him, but was not his life or practice. In fact, he abhorred such sin in himself whenever it had happened. In a moment of loneliness, he had fallen prey to it. He was sincerely remorseful and sought to hedge himself in to obedience through more delight in the Bible and more fellowship with believers so as to avoid the loneliness that sometimes triggered the temptation. All in all, the young man became a better believer in Christ because he was found out by his friend and his pastor — who were the only ones who needed to know about it.

Within six months of this incident, the man who had discovered the obscene picture flashing up on his friend’s computer was in the pastor’s office, his weeping wife beside him. She had discovered large amounts of new evidence that her husband had continued to view pornography despite his promises made over many years. This was the third time his sin had been unveiled by her. The man stood there, sullen and stone-faced. Though this was the first time the church knew of this kind of behavior, the evidence of an unrepentant lifestyle over some time resulted in his dismissal from the church and untold agony in the heart of his faithful wife. Chad Terrell was dismissed though claiming to be a true believer.

James: I’m taken aback by the end of this story. The first man had sinned in a way that spoke to me. I fear I could become like Chad, but my experience and love for Christ is more like the first young man’s.

Brockton: The behavior tells the story of the heart, but the story is not always known. As the writer Paul said, “The sins of some men are quite evident, going before them to judgment; for others, their sins follow after,” (1 Tim. 5:24).

James: I see. Then it is true. A man is known by his actions, but he must know his actions.