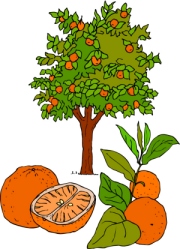 Suppose we have an altercation about the straightness of a wall. “It’s not straight,” I say. “It is straight,” you say. Our argument goes through stages: firmness, pleading, tears—but no resolve comes out of our attempts to convince. What should we do?
There is only one way to solve this difference of opinion—the plumb must be dropped. OK, I know that there are more sophisticated ways, but this is a proven one. And I don’t mean that we should drop a piece of fruit. The plumb-bob is a weight suspended by a string. It usually has a point on the end. As many of you already know, the plumb or plummet is a sure-fire way to settle an argument about straightness. When you suspend the plumb next to the wall, the alignment of the string tells the truth.
The Bible is such a plumb. Put it up against your life and you find out the truth about yourself.
“But I know I’m a Christian. I can just feel it.” Well, it really doesn’t matter what you feel or how sincere you are. It’s the Bible that reveals the truth about us. “But my pastor told me I was a Christian.” Doesn’t solve it. “But I’ve always gone to church. Surely I’m a Christian.” Nope, not enough.
At the end of the day, it’s not what you think you are that counts, but what God says a true Christian is.
In other words, you can be deceived.
That’s exactly what was on Paul’s mind when he wrote these words:

Why did he say, “Do not be deceived”? He said it because some people in the Corinthian church obviously thought they were Christians when they were not. Their lifestyle revealed the truth about them.
Which should be believed about you—what you feel is true, or what the Bible reveals is true?
There is such a thing as assurance for the Christian. That is, a believer in Christ can be certain he or she is truly one of Christ’s own family. Yet, when a person does not have the evidence of being a Christian, there is justifiable reason to question. The fruit of the Christian must correspond to his confession. “By their fruits you shall know them,” Jesus said.
When I lived in Florida, I planted some orange trees. After a few seasons, some fruit appeared on them. The fruit wasn’t perfect, but it did sufficiently indicate what kind of tree I had planted.
An orange tree bears orange fruit. If it bears lemons, there is no justification for claiming it is an orange tree. In the same way, there is no justification for a person to claim he is a Christian without the evidence of Christian fruit. The life of Christ will be seen in the life of the believer.
Once a man dreamed that he would meet Jesus that afternoon at 4 o’clock. Sure enough, in his dream the doorbell rang at 4:00 p.m. When he opened the door he was shocked. Standing before him was a ghastly figure—a horribly ugly man, with a disposition to match.
“But you’re not Jesus!” he exclaimed.
“No,” the man replied, “But I’m the Jesus other people see in you.”
So which is it? Are you bearing the true likeness of Christ? Or are you deceived?
It is vain hoping that Christ’s words are not true. Though God does not imply perfection, there is something substantively different about a true Christian. If you cannot see this difference, it is time to plead for God’s mercy to help you know who you are and to settle forever your destiny.
____________________
Jim Elliff wrote a helpful book to help you examine yourself to see if you are a Christian. You may find Wasted Faith at this address, www.CCWtoday.org.