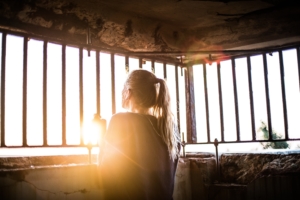 Here’s a valuable question to ask those who have not believed in Christ: “How can you ever believe in Christ if you accept praise from your peers, yet make no effort to obtain the praise that comes from God?”

That was the question Jesus asked religious leaders of his day (John 5:44).  It’s also the right question to ask of religious people today, for their beliefs are most often forged by seeking the acceptance of those surrounding them.

The Pharisees were the elite religious leaders of Judaism in the first century. They became the greatest opponents of Jesus Christ. Not only did they contend with him verbally, but they sought to kill him. Eventually they realized their desire, and were complicit in the death of Christ.

How could religious leaders who believed the Old Testament promise of a Messiah refuse to accept Jesus as that Messiah when he came on the scene? Jesus performed astounding signs, many of them, and spoke powerful words like no other, yet most of them could not bring themselves to believe in him.

Why did they hate him above all others—even, it appears, their Roman masters? Why was there such an inability to see when so many others around them were coming to Christ enthusiastically?

Jesus said it was because they accepted praise from one another, and did not make an effort to obtain the praise that came from the only God. They were closed into their own admiration society and therefore could not listen, even to Christ.

These religious men had developed a system of belief that did not allow them to see Jesus as the Christ. Their minds were fixed on their own faulty interpretations and they could not approve any other view, even when the true Messiah appeared. They imprisoned themselves within their own belief system, and threw away the key. And among themselves, they approved each other for doing so. By doing this they became the iconic religious rejectors. It’s a sad story, but one that is repeated often today.

How can your friends and family be released from their own bondage to the approval of their peers? Jesus strongly implied in his evaluation of the Pharisees that it was by seeking the praise of the only God, rather than the praise of the religious club to which they have been conformed. In other words, the hope for any person tied up in a religious blindness is to come to his senses and become decidedly engaged in pleasing God rather than his or her peers. That may not be so easy to do. We generally love the approval of men.

Jesus speaks with confidence at various times about this shift in thinking producing good, because he knows that the truth seeker will ultimately be guided to Christ. He knows there is only one true way. Jesus is not afraid that those who seek the truth with honesty and humility will fail to find it. Purposefully altering perspective about whose approval is meaningful is therefore where they must start.

Nabeel Qurishi , author of a New York Times bestseller, Seeking Allah, Finding Jesus, struggled with the truth of Christianity as it clashed with his Islamic beliefs. The pressure of his loving Muslim parents and friends pulled at him. But God revealed himself to him when he was willing to know the truth even if it cost him everything.

A Path to Understanding

Here then is a place to start with our friends. Ask God to use you to show them how necessary it is to be willing to seek God’s approval rather than the acceptance of family or friends. With God helping you, it can happen. Urge them to believe that God’s approval is really all that counts.

In a similar sentiment, Jesus later said, “Anyone who chooses to do the will of God [this would be based on the intent to please God] will find out whether my teaching comes from God or whether I speak on my own.” Seek to convince your friends of this reality.

Our friends who come from other faith systems or who have otherwise believed wrongly about Christ have much more to learn as well. They will have to see, for instance, the death and resurrection of Christ and that ultimately our approval by the Father rests on the work of Christ on our behalf. But there is no hope of getting that beautiful understanding in a way that brings transformation unless this initial shift about whose approval is most important takes place. That’s the place to begin.

The journey for our friends and family may be short or long, but no one will believe in Christ unless pleasing God is his most important pursuit.