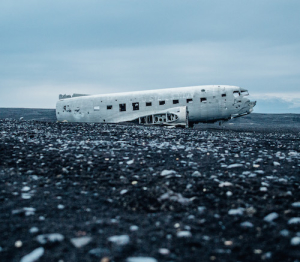 There is actually much benefit from carefully considering “all those names and greetings.” But before we consider their value for the church today, please read Romans 16:3-16 carefully.

3 Greet Prisca and Aquila, my fellow workers in Christ Jesus, 4 who risked their necks for my life, to whom not only I give thanks but all the churches of the Gentiles give thanks as well. 5 Greet also the church in their house. Greet my beloved Epaenetus, who was the first convert to Christ in Asia. 6 Greet Mary, who has worked hard for you. 7 Greet Andronicus and Junia,1 my kinsmen and my fellow prisoners. They are well known to the apostles, and they were in Christ before me. 8 Greet Ampliatus, my beloved in the Lord.

9 Greet Urbanus, our fellow worker in Christ, and my beloved Stachys. 10 Greet Apelles, who is approved in Christ. Greet those who belong to the family of Aristobulus. 11 Greet my kinsman Herodion. Greet those in the Lord who belong to the family of Narcissus. 12 Greet those workers in the Lord, Tryphaena and Tryphosa. Greet the beloved Persis, who has worked hard in the Lord. 13 Greet Rufus, chosen in the Lord; also his mother, who has been a mother to me as well. 14 Greet Asyncritus, Phlegon, Hermes, Patrobas, Hermas, and the brothers who are with them. 15 Greet Philologus, Julia, Nereus and his sister, and Olympas, and all the saints who are with them. 16 Greet one another with a holy kiss. All the churches of Christ greet you.

Characteristic #1: The church is one body in Christ

Throughout Romans 16:3-16, the phrases “in the Lord,” “in Christ,” and “in Christ Jesus” appear nine times. Paul also sends greetings from churches “of Christ” (v. 16). When an individual turns from his sin and believes in Jesus Christ, a union with Christ is established.

However, union with Christ not only happens on a personal level, but a corporate level: “We, though many, are one body in Christ, and individually members one of another” (Rom 12:5). This is pictured in Romans 16, and it’s still the reality today. If you are in Christ, and I am in Christ, then we are each part of one body in Christ—even though we may not even know each other! Yes, there are smaller units within this one body. Even in Rome, it appears that there were several churches that met in homes, such as the one that met in Prisca and Aquila’s house (v. 5a; cf. vv. 10, 11, 14, and 15). But all of these smaller “bodies” make up the one body in Christ.

Unfortunately, on an experiential level, we don’t always enjoy oneness in Christ. Disputes and disruptions fracture and divide. What should we do when that happens? If you are the offender, repent and seek reconciliation. If you are the offended, “Be kind to one another, tenderhearted, forgiving one another, as God in Christ forgave you” (Eph 4:32).

Characteristic #2: The church is a diverse group of believers.

Paul’s greetings were not only for men, but women. Nine (or eight—Junia could possibly be Junias, which is a man’s name) of the twenty-six names are women. Paul’s not only greeted Jews like his “kinsman Herodion,” but there were certainly also Gentiles among these names. Paul greeted not only free men, but slaves like Ampliatus, Urbanus, and Stachys (vv. 8-9; common slave names).

There was substantial diversity among the believers in Rome! Jesus saves people from a variety of backgrounds. Even if you feel like you’re quite different than the other believers around you, you are an important part of the body of Christ. We are terribly mistaken if we communicate otherwise.

Characteristic #3: The church is careful to love one another.

For example, Paul greets so many people by name, even though he probably never met a number of them face-to-face. Also, some of Paul’s descriptions of these people indicate the love the church in Rome experienced. For instance, Paul mentions “Mary, who has worked hard for you.”

Love is the chief characteristic of all believers, but we need to do this “more and more” (1 Thess 4:10). How? By remembering people’s names. By working hard for the church. And though a “holy kiss” may not be culturally appropriate where you live (Rom 16:16), a smile, a handshake, and a listening ear are neglected expressions of love we can resume without delay.

“Put on love, which binds everything together in perfect harmony.” (Col 3:14)