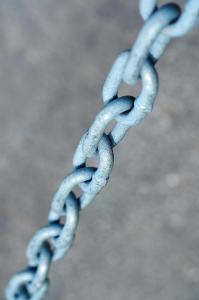 There’s a push in some circles these days to be doctrinally sound. Churches use terminology like, “that’s a pretty sound (or solid) church,” or “they’re not too sound, doctrinally.” Perhaps you have even found yourself at one point or another on a search for a “doctrinally sound” church.

And that’s good. But according to the missionary Paul, believing right isn’t all there is to being doctrinally sound. In fact, there are many churches that may have doctrine, but not, according to Paul’s definition, sound doctrine.

Jump back with me to AD 66 on the island of Crete. You may remember that Paul, a few years before, had spent a short time in the harbor of a Cretan city called Fair Havens. When his ship attempted to spend a winter in the neighboring city of Phoenix, they were driven by a storm to the distant island of Malta. It seems that Paul came to Crete on another occasion as well, after his imprisonment in Rome. Years later, Paul is now far away, leaving only his assistant, Titus, to organize and inspire the believers there.

For Titus, this was a difficult assignment. Even according to the semi-mythical Cretan prophet, Epimenides, Cretans were always “liars, evil beasts, lazy gluttons” (Titus 1:12). Their reputation was not exactly one of model behavior. On top of this, we find that there were some “detestable and disobedient” men who were upsetting whole households with their teaching (1:11). It was behavior, therefore, that Paul was especially concerned with in his letter to Titus.

For all his talk about behavior, however, Paul several times mentions “doctrine,” and more specifically, sound doctrine (Titus 1:9, 2:1). In the center of the letter, he tells Titus: “But as for you, speak the things which are fitting for sound doctrine” (2:1). He follows this up with a nine-verse list of behavioral instructions. Older men should be temperate, dignified, and sound in faith . . . older ladies should be reverent and not drink too much . . . young men should be sensible . . . and so on.

These are the behaviors that fit with sound doctrine. In fact, I would argue from 2:8 that it is the behaviors themselves that make the doctrine “sound.” In 2:8, Paul exhorts Titus himself to be “sound in speech which is beyond reproach, so that the opponent will be put to shame, having nothing bad to say about us.” From this we can learn that speech that is “sound” is beyond reproach. That is, it is speech that has good behavior to go with it.

It works the same way with doctrine. It is “sound” only when good behavior accompanies it. After all, good behavior is what the doctrine teaches us, says Paul. “For the grace of God has appeared, bringing salvation to all men, instructing us to deny ungodliness and worldly desires and to live sensibly, righteously and godly in the present age” (2:11-12). For Paul, part of the doctrine is the lifestyle it produces. Getting the doctrine right includes getting the living right.

Is that how you think of sound doctrine?

Let’s compare two churches. One has many people who are thoughtful about the Bible and theology, their statement of faith is long, their teaching times are well-considered. But the older ladies are sometimes prone to gossip, the young men struggle with self-control, and there’s some lack of care among the members.

Across the street is a church whose doctrinal statement is frankly a bit weak, the teaching is a little repetitive, the biblical understanding is lacking. But the families are pretty strong, the members are careful to love and serve each other, the young men fight for sensibility and godly living.

Which church is more doctrinally sound?