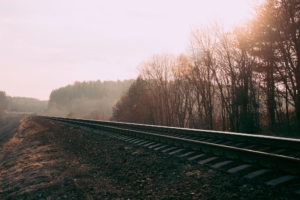 Did you know that your motive for obeying someone is just as important as the obedience itself? For example, if a child obeys a parent just to avoid punishment, or just to get a reward, it is not as meaningful as if the child were to obey out of love and respect for the parent. Those other motivations can produce genuine obedience, at least outwardly, but motivations matter.

The same is true of obedience to Christ. There are plenty of people who call themselves Christians and who live generally moral lives, at least outwardly appearing to obey God, but not all of them obey for the best reasons, and not all of them are true Christians. You see, a true Christian may be simply defined as one who knows and loves Jesus from the heart. And Jesus said, “If you love me, you will keep my commandments” (John 14:15).

Based upon what Jesus said, consider the following thoughts about love and obedience:

Now, it should be noted that there are other motivations to obey Jesus and avoid sinning. Sin brings painful consequences, like the need for repentance, and sometimes restitution. Sin hurts other people. Sin can disqualify you for certain tasks in the church. Sin can be embarrassing once exposed. Apart from Jesus’ forgiveness, sin ultimately leads to condemnation in hell. These are all what I would call secondary motivations for obedience, and they are all useful as motivations for righteousness. But secondary motivations alone do not make a person a Christian, because all true Christians love Jesus. As Paul wrote, “If anyone has no love for the Lord, let him be accursed” (1 Cor. 16:21).

Just because a person associates with other Christians and generally conducts himself rightly, it does not make him a true follower of Christ. He might be what is sometimes called a “moralist,” a person who behaves decently, often in association with other Christians, but who has no heart affection for the Lord himself.

These may seem like bold statements from someone who does not know you personally, but I can say all of these things with authority based on Jesus simple statement: “If you love me, you will keep my commandments.”

There is no greater authority on the subject of Christian obedience than Jesus himself, so you would be wise to ponder his simple yet profound statement.