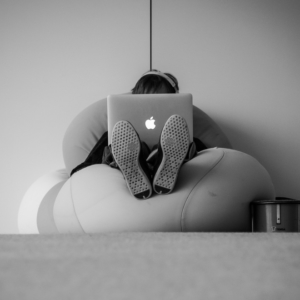 Do you desire to see the gospel advance through you? But do you spend too much time catering to your own desires (think social media, Netflix, hobbies, etc.)? Be honest. Thankfully, the Lord has given us stories in the Bible that should motivate us away from selfishness and into the lives of the lost. For example, Acts 17 chronicles the spread of the gospel into three cities in Macedonia—Thessalonica, Berea, and Athens. At that point in Acts, the gospel was advancing “to the end of the earth” (Acts 1:8). Let’s think about this narrative, though you might read Acts 17 before continuing.

What happened in Thessalonica, Berea, and Athens?

First, the gospel was proclaimed. Paul and his team didn’t just go from place to place helping the sick. We have no record of them building homes for local residents. They might have ministered to the sick or served on a construction team, but Acts 17 emphasizes the verbal proclamation of the gospel. It abounds in “speech” words such as reasoned, explaining, proving, saying, proclaimed, conversed, and preaching.

Because of the diversity of the cultures, Paul employed a “fill in the gaps” method of preaching. He always shared the gospel, but the people’s knowledge was potentially different in each location. So, for example, in Thessalonica (and presumably Berea), he was speaking to a largely Jewish audience (and Gentiles who were catechized in Jewish theology)—people who already had a basic knowledge of God and the promised Messiah of the Old Testament. Consequently, the “gap” that needed to be filled in their thinking was that “Jesus…is the Christ.” But in idol-worshipping Athens, the people needed to know fundamental truths about God’s character. In every place, the resurrection of Jesus was emphasized (see vv. 3, 18, 31-32).

The normal location of Paul’s evangelism was the synagogue (vv. 1, 10, 17). In Athens, he also evangelized in the marketplace (v. 17). Unlike so much evangelism today that is mainly about getting unbelievers to a church building, Paul intentionally went out to unbelievers who were already having religious or philosophical discussions and sought to bring the truth about Christ into the dialogue.

Second, people believed and joined with other believers. Jews and Gentiles, men and women, even those of “high standing,” believed (vv. 4, 12, 34). Once they believed, they followed Christ together: In Thessalonica, they “joined Paul and Silas” (v. 4), and in Athens, “some men joined him” (v. 34). Though this doesn’t reveal much about the formation of local churches, the believers clearly “picked sides.” We know for certain that a local church was formed in Thessalonica, because not long after Paul’s visit to Thessalonica, he wrote First Thessalonians, which begins, “Paul, Silvanus, and Timothy, To the church of the Thessalonians” (1:1). No doubt there were churches in Berea and Athens, also.

Third, opposition arose. In Thessalonica, jealous Jews formed a mob with wicked men of the city in order to thwart Paul and his team. When they couldn’t find them, they abducted “Jason and some of the brothers” and charged them with “acting against the decrees of Caesar” (vv. 5-7). In Berea, Jews came from Thessalonica, “agitating and stirring up the crowd” against the gospel advancers (v. 13). In Athens, “some mocked” Paul (v. 32).

This opposition was not at all surprising. Jesus warned his disciples, “If they persecuted me, they will also persecute you” (John 15:20). And Paul had previously told the believers in Galatia during his first missionary journey, “through many tribulations we must enter the kingdom of God” (Acts 14:22). Gospel proclamation in Macedonia made persecution automatic.

Are you motivated yet?

I live in a city that is home to a baseball team that just won the World Series. It was a pleasurable experience, capped off by a parade and rally attended by nearly one million people! But now everybody is “back to reality.” The World Series was fun while it lasted, a great local story, but it couldn’t go on forever. Acts 17 reminds us about the most important worldwide story that is unfolding, something that matters for eternity—Jesus is building His church, and He’s doing it through believers who proclaim Him.

The gospel is for everyone—people of all cultures and “knowledge gaps”; people with different languages and hues of skin; people who are terribly wicked, and those who are considered “pretty nice.” All have this one great need—the Lord Jesus Christ. And the gospel is powerful—no matter the opposition, Christ’s sheep hear His voice (through the words of the Bible and gospel proclamation) and they follow Him.

Take off your headphones. Shut off your tablet. And go, tell someone about Jesus.