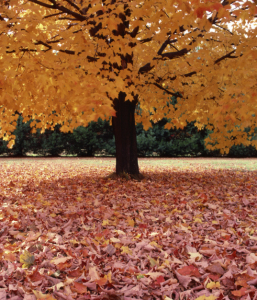 People who overlook your inconsistencies and faults are usually the kind of people you call best friends. They are the ones who never judge you unfairly and are quick to accept who you really are. When you are around them, you never feel the need to pretend to be someone you’re not.

Imagine you are part of a group of people who all act that way toward you. And imagine that everyone who is not part of that group is out to get you, ready to find fault and to cause you harm. The recipients of 1 Peter find themselves in this situation. They are being persecuted, they have been scattered from their homes, and they suffer injustice. Near the end of the book, Peter encourages them:

The end of all things is at hand; therefore be self-controlled and sober-minded for the sake of your prayers. Above all, keep loving one another earnestly, since love covers a multitude of sins. 1 Peter 4:7-8

After telling them that the suffering they experience is helping them to cease from sin (4:1) and that this cessation will bring about disdain for them among their neighbors (4:4), Peter exhorts the believers to keep loving one another earnestly. Why? Because love covers a multitude of sins.

Do you have people in your church and life that have a lot of sins? Not just imperfections, but verifiable sins. You do. You have them too. Let’s examine why love can cover these sins.

When we think about the cross, and the love of God in Christ, we must recall its sacrificial nature. When Jesus died, he died as a substitute penalty taker. Instead of God bringing down his eternal wrath upon the believer, he brought it down upon Jesus instead. “In this is love, not that we have loved God but that he loved us and sent his Son to be the propitiation (a wrath bearing or removing sacrifice) for our sins” (1 John 4:10).

This means that your story is one of deserving wrath and justice because of your sin. But God loved you and sent his Son to take it away. Your sins are not considered because they have been removed – in the courtroom of God it is evidence that is inadmissible, it cannot count against you.

So, if the justice and wrath of God has been satisfied for us and for our brothers and sisters in the church, we have no more payment to demand. It has been covered. This, however, does not mean that we fail to love in seeking their repentance or shirk back from church discipline if necessary. Our attitude toward them is not one of exacting payment, but seeking restoration.

Jesus was sinned against in greater and more numerous ways than you have ever experienced. What was His response? “When he was reviled, he did not revile in return; when he suffered, he did not threaten, but continued entrusting himself to him who judges justly” (1 Peter 2:23). The default response of Jesus was to cover sin, to bear with it, and to trust God.

When He hung upon the cross He could have threatened the guards with the wrath of a mighty army of angels. When He was spit upon He could have hated them and spat back, or burst out in rage against them. At any point when he suffered He could have responded in a thousand different ways, but he always chose to entrust himself to God rather than retaliate.

Love frees the follower of Jesus to act like Him. When we are concerned less with ourselves when sinned against, we will not repay evil for evil (1 Peter 3:9). Jesus was concerned for the wicked Roman officers who were killing him, rather than His own suffering, because they did not know what they were doing. He was seeking their good as they were seeking His harm.

Likewise, when we concern ourselves with another person’s good, even when they would harm us, we see their needs in such a way that we are motivated to respond in love. Love will cause the woman who rarely has something nice to say to you to become the one you pray for and encourage. Love will teach you not to gossip about the father who is failing with his children, but rather to exhort him with the Scripture about how to repent and change. Love will compel you to forgive the person who has sinned against you again and again, because you have found forgiveness from your sin.