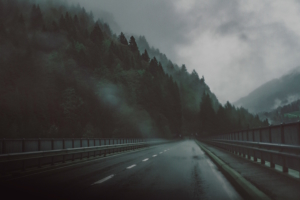 These are the words of the apostle Paul spoken to the church at Corinth, a church which he had founded on his second missionary journey. He says here (did you read it carefully?) that the more earnestly he loved, the less he was personally loved. I find this statement astonishing—the fact that this great man, a man who wrote 13 of the books of the New Testament, the man who next to Jesus himself had the most eminent part in the founding of the Christian church—that this man should say that his love so freely poured out should be so little returned.

The first thing that jumps out at me from reading this statement, and really this fact is clearly evident in reading the book of Acts and the epistles, is that Paul was a man with a great capacity to love. The image that is often given by Paul (perhaps because some of his teachings seem harsh by modern standards) is that he is a cold-hearted, mean-spirited, almost calloused man who trampled on the feeling of people as he bore down on them with his teaching. Oh no, this not the case at all. Notice how often he spoke of his friends and associates as “beloved.” There was Tychicus, his “beloved brother (Eph. 6:22), Onesimus described in the same terms (Col. 4:9) and Luke the “beloved physician” (Col. 4:14).

In Romans chapter 9 when speaking of his compassion for his fellow countrymen the Jews, and his desire to win them to salvation he uses amazing language that defies explanation. He says that he himself could wish that he were accursed from Christ on their behalf, if this would be a means of their conversion (v. 3).

What lessons can we learn from Paul’s statement that he loved other people deeply but, in regards of the Corinthians at least, did not receive the same reciprocal feelings? Well, first of all, love is often unrequited. I heard a country singer once say that broken-hearted love songs sell more than anything else. You know exactly what that is. Cupid, that arbitrary mythical rascal, strikes one person and makes him or her mooned-eyed over someone who flatly rejects all overtures of affection.

Many a parent has bestowed love upon a child (an emotion so human and natural) and yet, for some reason, that child turns away with indifference and maybe even outright rejection. The same thing often happens in other relationships. A beloved, cherished “friend” abandons us and breaks our hearts with hostility and even hatred. You get the point. Pencil in whatever situation or relationship with people you wish. A loving person exposes himself to possible pain and heartache.

A cynic might ask, if it is true that love can so often be unrequited and rejected, would it not be better never to love at all? Why risk our hearts in affection when it can end in frustration and sorrow? Why allow ourselves to love when it is so dangerous?

I will give an answer from the only real source of infallible instruction, the Bible, by saying it is better to love and be spurned than never to love at all, because true love not only comes from God but makes us like God whose goodness and mercy are so often rejected. Look at how in the Old Testament God laments how Israel chose to turn from His favor to worthless idols. Look at Calvary where the Son of God prayed for those who crucified Him. They certainly spurned His compassion.

My space is gone, but I must end with this encouraging note: there is a love that is never spurned, never rejected, and never unrequited and that is our love to God. He is ever true, ever faithful, and unchanging in his agape love.