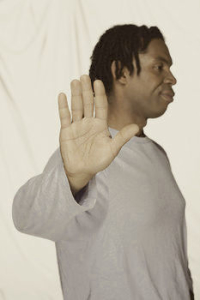 John’s gospel is all about people believing in Jesus. He tells us near the end that this was his purpose.

Therefore many other signs Jesus also performed in the presence of the disciples, which are not written in this book; but these have been written so that you may believe that Jesus is the Christ, the Son of God; and that believing you may have life in His name. (20:30-31)

Throughout the gospel, many are said to believe in Jesus, or are described as disciples (i.e., followers, learners), implying their belief in Him. Another theme in John’s gospel, however, is that those who are described as disciples or believers are not always true believers. They believed, the text says, but they lacked qualities or characteristics necessary to consider them genuine converts. Consider four examples:

Now when he was in Jerusalem at the Passover, during the feast, many believed in His name, observing the signs which He was doing. But Jesus, on His part, was not entrusting Himself to them, for He knew all men, and because He did not need anyone to testify concerning man, for He Himself knew what was in man.

Exactly what Jesus knew about these people we may never know for sure. They were impressed by His miracles, but (perhaps) they lacked repentance, or understanding, or love. Whatever the case may be, and despite the fact that they are said to “believe,” Jesus knew theirs was surface faith only, not the kind that flows from a transformed heart, and not the kind that saves.

Therefore many of His disciples, when they heard this said, “This is a difficult statement; who can listen to it?” But Jesus, conscious that His disciples grumbled at this, said to them, “Does this cause you to stumble? What then if you see the Son of Man ascending to where He was before? It is the Spirit who gives life; the flesh profits nothing; the words that I have spoken to you are spirit and are life. But there are some of you who do not believe.” For Jesus knew from the beginning who they were who did not believe, and who it was that would betray Him. And He was saying, “For this reason I have said to you, that no one can come to Me unless it has been granted him from the Father.” As a result of this many of His disciples withdrew and were not walking with Him anymore.

These “disciples” of Jesus had up to this point been included in the number who would have been considered believers. But they were no longer willing to follow Him because they were no longer willing to accept His teaching. Jesus had said difficult things about Himself, things true followers accept and appreciate, but things that drove these so-called “disciples” away.

As He spoke these things, many came to believe in Him. So Jesus was saying to those Jews who had believed Him, “If you continue in My word, then you are truly disciples of Mine; and you will know the truth, and the truth will make you free.” They answered Him, “We are Abraham’s descendants and have never yet been enslaved to anyone; how is it that You say, ‘You will become free’?”

These “believers” engaged in a heated debate with Jesus, one that involved them implying that he was born as the result of sexual immorality (v. 41), accusing Him of being demon possessed (v. 48), denying His eternal existence (v. 57), and trying to stone Him (v. 59). During the same interchange, Jesus told these “believers” that they were children of the devil (v. 44), that they did not believe Him because He spoke the truth (v.45), that they were not of God (v. 47), and that they were liars (v. 55) . . . not the way you would expect a conversation to go between Jesus and genuine followers.

So what about you? What about your faith? When you say, “I believe in Jesus,” do you mean, “wholeheartedly, accepting of His words, at whatever personal cost, forsaking sin and this world out of love for Him?” Or, if you were totally honest, would you have to say, “I belive in Jesus, but . . .?”