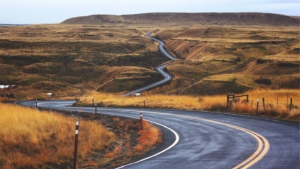 Why do you think Jesus can confidently say “My sheep hear my voice, and I know them, and they follow me” (John 10:27)? Or, how can he say “If you love me, you will keep my commandments” (John 14:15)? How can John confidently say, “By this we know that we have come to know him, if we keep his commandments. Whoever says, ‘I know him’ but does not keep his commandments is a liar, and the truth is not in him” (1 John 2:3)? The reason these things can be truthfully stated is because, just as children resemble their earthly fathers in many ways, all true Christians resemble their heavenly Father morally and spiritually.

If you are a true Christian, Paul described your new self as that which, “in the likeness of God has been created in righteousness and holiness of the truth” (Eph. 4:24). Peter described Christians as “a chosen race, a royal priesthood, a holy nation, a people for God’s own possession” (1 Pet. 2:9). God’s children “are his workmanship, created in Christ Jesus for good works” (Eph. 2:10).

Christians are not defined by a corrupt moral nature as they were before regeneration. They are now “partakers of the divine nature, having escaped the corruption that is in the world by lust” (2 Pet. 1:4). John described Christians as those who have been “born of God” and whose behavior imitates the character of their heavenly Father:

You Have a Pure Heart

In regeneration, you were given a heart that fits the psalmist’s description of the man who may enter into God’s presence:

Jesus said the same thing about those who will enter into God’s presence: “Blessed are the pure in heart, for they shall see God” (Matt. 5:8). Like the psalmist, Jesus was describing the true believer—the regenerate man.

If you wanted to grow and harvest grapes, would you plant thorn bushes? You wouldn’t make much money as a farmer if you did.

Each time Jesus used his “good fruit” illustration (Matt. 7:15– 20; 12:33–35; Luke 6:43–45), his point was to show the difference between the nature of the good man and the nature of the evil man. Just as grape vines produce grapes and thorn bushes produce thorns, the good man produces righteousness and the evil man produces sin. Following this illustration in Luke 6 he said, “The good man out of the good treasure of his heart brings forth what is good; and the evil man out of the evil treasure brings forth what is evil” (Luke 6:45).

From this we learn something important—something that might be different than what you have been taught before: not every person should be classified as “evil.” Some people are evil “by nature” while others are “good” by nature.

Jesus tells us who these good people are in Luke 8:15. They are true Christians—“the ones who have heard the word in an honest and good heart, and hold it fast, and bear fruit with perseverance.” They were born the first time with the same corrupt human nature as every other person, but then they were “born again” (John 3:3; 1 Pet. 1:3, 23). They were given new hearts and good natures when God gave them spiritual life.

This is regeneration. God changes human “thorn bushes” into human “grape vines.” Because of this work of God in transforming their nature, Christians no longer produce the “thorns” of sin like they did when they were unbelievers. Now they produce the “grapes” of righteousness—that is, they believe the truth, love Jesus Christ, and do God’s will.

Thanks be to God, that you who were once slaves of sin have become obedient from the heart to the standard of teaching to which you were committed, and having been set free from sin, have become slaves of righteousness. (Romans 6:17-18)