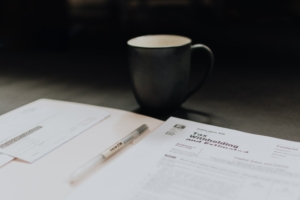 The religious leaders in Jerusalem sent certain men to Jesus “to trap him in his talk” (Mark 12:13). They began by flattering him, falsely implying that they admired him as a man of integrity who always said what was right and true. Then they asked him two simple questions about paying taxes to Caesar: “Is it lawful to pay taxes to Caesar, or not? Should we pay them, or should we not?” (Mark 12:14).

The men who were sent to Jesus represented two distinct Jewish political parties, the Pharisees and the Herodians. Regarding paying taxes to the Caesar, the Herodians complied gladly. They had no problem with Caesar’s tax. The Pharisees did not actively oppose the tax, since to do so would compromise the positions of power the Romans permitted them to hold, but privately they despised it. There was also a third political group called the Zealots. They were not among these questioners, but they enjoyed the support of many of the common people who were undoubtedly present to witness this exchange. The Zealots strongly and publicly opposed the tax, and many refused to pay it.

The specific phrasing of the two questions demonstrates that these men hoped to box Jesus in to a “one way or the other” answer. They were plotting to use his answer against him, whichever side he took. If he agreed that the tax was lawful and should be paid, he would alienate the Zealots and their supporters among the people. If he said the tax was unlawful and should not be paid, he would be opposing not only the Herodians who gladly paid it, but also the Roman authorities and Caesar himself. Either answer would give the Pharisees cause to persecute him, since they privately opposed the tax but publicly supported and paid it.

Jesus then asked them to show him a denarius, the common Roman coin used to pay Caesar’s tax. The denarius bore on one side the image of Tiberius Caesar along with an inscription that read, “Tiberius Caesar, son of the divine Augustus.” On the other side were the words, “Pontifex Maximus,” which Jews would have read as “High Priest.” These idolatrous markings on the coin would have offended all pious Jews since they implied that Augustus Caesar was a god, and that Tiberias Caesar was a son of god and the high priest.

When they produced one of these coins with its blasphemous inscriptions and showed it to Jesus, He asked them whose likeness and inscription it bore. They answered, “Caesar’s” (v. 16). Despite being set up to fail, Jesus wisely answered their questions by referring to the likeness of Caesar that was pressed into the coin. He said, “Render to Caesar the things that are Caesar’s, and to God the things that are God’s” (v. 17). Everyone marveled at his answer.

Jesus’ answer doesn’t indicate a separation between God’s authority and Caesar’s. He wasn’t illustrating a “secular vs. religious” polarization of life. His answer validated paying the tax, and even Caesar’s authority to require it, but it also put all things, including Caesar and his authority to levy taxes, within God’s sphere of ownership and authority. Paul affirms this in Romans 13:1-7 where he assures us of two things: First, every governmental authority is instituted by God and every ruler has been appointed by God (vv. 1-2); Second, paying taxes according to the laws established under such systems of authority is not only an act of submission to them and for your benefit, it is also required as part of your obedience to God. When you, in conscious obedience to God, “render to Caesar the things that are Caesar’s,” you are at the same time rendering to God the things that are his.

Most importantly, Jesus’ answer illuminated the reason why this form of submission to government is reasonable and required: The Roman coin was subject to taxation by Caesar because it bore his likeness. The likeness of Caesar imprinted on the coin made it, in a way, his coin! When Jesus followed that statement by saying, “and to God the things that are God’s,” one cannot help but ask what things bear God’s likeness. According to Jesus’ line of reasoning, these things belong to God and must be rendered to him according to his request and requirement. The only part of God’s creation that is said to bear his likeness are people—all people—from Caesar, to the Pharisees, to the Herodians, to the Zealots, to the people of Israel, to you! As God said in Genesis 1:26, “Let us make man in our image, after our likeness.” Because we all bear his likeness, we all belong to him! You belong to him!

Despite Jesus’ mandate, many people—actually, most people—dutifully pay their taxes but selfishly and foolishly withhold themselves from God. They follow after worldly pursuits, crave material gain, live in slavery to sin, ignore Jesus and his gospel, follow after false religions, or deny that God exists! All of these people belong to God. He holds the authority to command of them what he will. And what God commands of all men is that they repent of their sins and submit themselves to Jesus Christ. God “commands all people everywhere to repent, because he has fixed a day on which he will judge the world in righteousness by a man whom he has appointed; and of this he has given assurance to all by raising him from the dead” (Acts 17:30-31).

This year when you pay your taxes, I hope you will do so with a new sense of obedience to God. More importantly, I pray that you will obey the second part of Jesus’ command, and render yourself to God through faith in Jesus Christ.