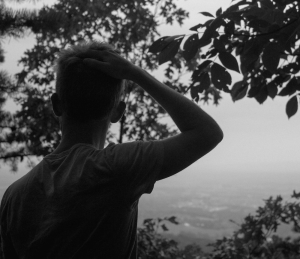 If a group of believers were asked to describe Timothy in one word, I’m confident that some (most?) would use a word like “timid.” They may be right, based upon Second Timothy 1:6-7, “For this reason I remind you to kindle afresh the gift of God which is in you through the laying on of my hands. For God has not given us a spirit of timidity, but of power and love and discipline” (see also 1st Cor 16:10). But was he timid?

Timothy was taught the Old Testament from the time that he was a child (2nd Tim 3:15). Eventually, Paul and Barnabas came to Lystra preaching the gospel (Acts 14:8-19, 21), and Timothy’s grandmother and mother believed in Christ. The Lord used the combination of Timothy’s learning the Old Testament as a boy, the apostle Paul’s preaching, and his grandmother’s and mother’s conversion to bring him to faith in Christ (2nd Tim 3:14-15).

Paul came to Lystra on his second missionary journey. While there, Timothy was “well spoken of by the brothers at Lystra and Iconium” (Acts 16:2). Consequently, “Paul wanted Timothy to accompany him,” he had him circumcised since his father was a Greek (16:3), and off they went together. Perhaps before their departure, prophecies were made about Timothy (1st Tim 1:18) and “the council of elders” (4:14) laid their hands on him.

Initially, Timothy isn’t mentioned in the account of the second missionary journey—the main men were “Paul and Silas” (Acts 16:19, 25; 17:4, 10). Where was Timothy? He was with Paul and the team. Paul followed Jesus’ example with his apostles: “And he appointed twelve (whom he also named apostles) so that they might be with him and he might send them out to preach.” Being with came before being sent. Timothy is eventually mentioned along with Silas (“Silas and Timothy,” Acts 17:14-15), but as one man said, he first had to “let his beard grow.”

The popular view of Timothy as constantly timid perhaps needs to be tweaked at this point. Yes, the Corinthians were to “put (Timothy) at ease” when he came to them (1st Cor16:10), and he had physical ailments (1st Tim 5:23), and Paul did steer him away from timidity (2nd Tim 1:6-7). But those verses don’t require us to conclude that he was known as “Timid Timothy.” Actually, Paul sent him out even early in their partnership for potentially difficult ministry in the midst of a persecuted church (Thessalonica), a pattern that continued in the years that followed.

Entrusted with the Gospel

When Paul was near death, he wrote to Timothy (2nd Tim), pleading with him to carry forth the gospel ministry. 2nd Timothy 2:1-2 sums up Paul’s desire: “You then, my child, be strengthened by the grace that is in Christ Jesus, and what you have heard from me in the presence of many witnesses entrust to faithful men who will be able to teach others also.”

Most of us will never travel the world under the direction of a missionary. Nevertheless, Timothy’s life should encourage us. He was a normal young man, saved by God’s grace, who then followed Christ. If he was characteristically timid, it didn’t keep him from hard and sometimes dangerous ministry. He was weak, but he was eager and faithful, and the Lord used him extensively. Sure, he needed reminders about God’s power, and he even needed a little medical advice. We can all relate to that! But Timothy pressed on, serving in the strength that God supplied. Go and do likewise, even if you are typically timid.