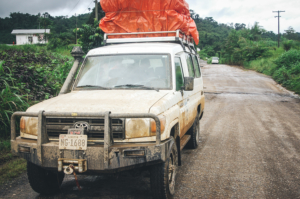 While reading a modern missionary’s book, I’m struck again with the phenomenon that so many become missionaries with a dangerously low level of insight into Scripture coupled with extraordinary romantic zeal. A handful of verses guide them, about which most have little true understanding. Their experience of church life is limited and often built on poor models, even though their labors are to be all about planting churches, making leaders (even if they’ve never been leaders before), and setting churches in biblical order. And, sadly, they have likely never been instrumental in the conversion of any person.

But they want to go. They wish to pay any price to serve Christ. They are ready emotionally, even if not equipped. Personally, I love their zeal.

We must bring these two realities together—zeal and ability. Part of the answer is on-the-ground training before they leave. Educational possibilities exist in our seminaries, Bible schools and missionary training centers. But coupled with this, and perhaps even more significant, is the need for training in their churches.

First, churches should take seriously the concept of making interns out of every young man who thinks he might serve in any special way in the future. Beyond this, making pastoral assistants and even pastors out of some of these men before they go is a major step in the right direction, when possible, even with no pay. Also, short term mission experience is so helpful.

A man who has pastoral experience will likely understand missionary responsibility much better, and will come closer to being able to be a missionary much sooner than a person with little or no experience.

The second part of the answer is to modify the assignment of recruits on the field.

We should follow the model of the Apostle Paul by making most new recruits “workers” rather than missionaries, connecting them with proven, established missionaries to extend their work. Paul had 30-40 such workers on various levels, whose names are seen in the New Testament. Some were local; others traveled temporarily with him; some were sent by churches to assist him; and some spent their lives extending his work. Paul wasn’t merely a missionary—he was a mission enterprise!

Some of the strategic helpers were women, especially on the local level. It appears that Euodia and Syntyche are examples (Phil 4:2-3). In my view, women should not be missionaries per se but should carry on a vital work of helping missionaries on the missionary team. This is because missionary work is authoritative over men and Paul teaches us that women are not “to teach exercise authority over men” (1 Tim 2:9-15).  Missionary work also includes appointing elders in new churches, and is all about teaching and training male and female leaders. Some may have a powerful ministry assisting in evangelism and mentoring and counseling women, as well as numerous other services, according to their gifts. Some of the men will do such things also, while others may become established missionaries eventually themselves, delegating responsibilities to workers of their own.

Concerning the mission force that is currently on the field, we need fewer missionaries, and more who reassign as faithful workers for those missionaries. Then, concerning what lies ahead, we should pray for more missionaries of the kind I have just described—and many more short and long term workers.

I have no authority to bring this about on any significant scale, nor do many of you. However, what I’ve written here may provide a path forward to consider when young men and women wish to serve Christ overseas. That may be you, or it may be those over whom you have some influence. Having seen firsthand much mission work over many years of travel, I can assure you that this more biblical model would serve us well.