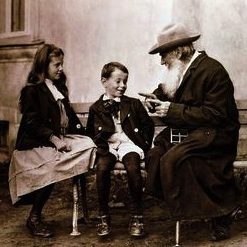 Jesus had just raised Lazarus from the dead. It was such an incredible miracle that when the Jewish leaders found out about it, they knew they had to act. They convened a council largely made up of Pharisees and Sadducees, men who were all part of the same nation and basic religious system, but who were also political and theological opponents.

As John relates the account in chapter eleven of his gospel, these two groups of men, though at odds with each other on so many points, came to an agreement regarding Jesus: the nation of Israel, as well as their own positions of power and authority, depended on them taking swift and drastic action to prevent His popularity from increasing any further. If He acquired too large a following, the religious status quo over which they powerfully presided would be displaced by religious unrest and social disorder, which the Romans would undoubtedly put down by military force. So, as John writes in 11:54, “they planned together to kill Him.”

The next word in John’s gospel is “Therefore.” This word indicates a connection with what preceded it. In this case, the connection is obvious. The nation’s leaders were planning to kill Jesus, “Therefore Jesus no longer continued to walk publicly among the Jews, but went away from there to the country near the wilderness . . .” (11:55). Faced with arrest and certain death, He moved away from the danger and into seclusion. Who among us would not have done the same?

The Jewish Passover was near, and the city was buzzing with anticipation. The excitement was not merely about the upcoming feast, but also about Jesus. Would He return to observe this Passover even though His life was in danger? The last verse in chapter eleven illustrates the heightened danger He would face if He did come back: “Now the chief priests [i.e., Sadducees] and the Pharisees had given orders that if anyone knew where He was, he was to report it, so that they might seize Him.” In modern terminology, an arrest warrant was issued. Jesus had just become the most wanted man in Israel.

What would He do next? “Jesus, therefore, six days before the Passover, came to Bethany where Lazarus was.” Knowing full well that the leaders were planning to kill Him, and being aware that they had publicized orders for anyone with knowledge to hand Him over, He came back to within two miles of their city, to the very same place where He had performed the miracle that drove them to orchestrate His death—back to the same crowd that had witnessed the raising of Lazarus, some of whom had informed the Pharisees of the event (11:46). His return was clearly not done in secret, but openly.

Jesus had not withdrawn from Jerusalem as an act of cowardice, or even purely one of rational self-preservation. He left because He lived His life, and was now laying down His life, on His Father’s timeline. Having left Jerusalem to avoid an untimely death, He now presented Himself for the purpose of death as meekly as any Passover lamb.

The verses that follow reveal plainly that Jesus knew He had come back to Jerusalem to die. As He said Himself in John 10:18, “No one has taken [My life] away from Me, but I lay it down on My own initiative.” When we see how the New Testament writers perceived the intentionality of Jesus’ sacrifice, we can know with certainty that this was love in its purest and most powerful form.

Romans 5:8—“But God demonstrates His own love for us, in that while we were yet sinners, Christ died for us.”

Romans 8:34—“Christ Jesus is He who died, yes, who was raised, who is at the right hand of God, who also intercedes for us. Who will separate us from the love of Christ?

Ephesians 5:1-2—“Therefore be imitators of God, as beloved children, and walk in love, just as Christ also loved you and gave Himself up for us, an offering and a sacrifice to God as a fragrant aroma.”

1 John 3:16—“We know love by this, that He laid down His life for us; and we ought to lay down our lives for the brethren.

1 John 4:10—“In this is love, not that we loved God, but that He loved us and sent His Son to be the propitiation for our sins.”

He knew He was about to be killed. Therefore, He loved us by coming back to Jerusalem, to the evil plot of the rulers, to be “the Lamb of God who takes away the sin of the world” (John 1:29).

Greater love has no one than this,

that one lay down his life for his friends. John 15:13