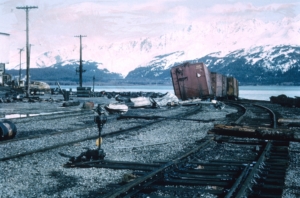 He came close to murder and I saw it myself!

Looking out my window at the commotion, I watched two angry yard workers yelling at each other. One man got into such a rage that he threw his machete directly at his adversary. Thankfully, he missed. Then, just as the assailant jumped in his truck to escape, the second man slammed a baseball bat against his truck window, shattering it to pieces. The driver burned rubber as he took off. That was all I saw, but it was enough.

Cain did more than that.

It was all over the offering to God. His was rejected while his brother Abel’s was received. Was he selfish, keeping the best for himself? Was he competitive toward his brother? Was he trying to bribe God? We don’t know the answer fully. All we know is that Abel gave his offering in faith, implying that Cain did not (Heb. 11:4).

This rejection didn’t sit well with Cain. Rather than humbling himself and coming to God in repentance, he stewed inside and planned out his revenge. You could see it on his face.

So the Lord said to Cain, “Why are you angry? And why has your countenance fallen? If you do well, will you not be accepted? And if you do not do well, sin lies at the door. And its desire is for you, but you should rule over it.” (Gen. 4:6-7)

Rule over it? It seemed impossible to Cain. So, when he and his brother were in the field, “Cain rose up against his brother and killed him.” What was in Cain’s heart found its perfect, deadly expression.

“Your brother’s blood cries out to Me from the ground,” God said as He pronounced judgment on him. Cain was banished from God’s blessing. He became “a fugitive and a vagabond,” wandering in the land of Nod east of Eden. He lived in fear all his days saying, “Anyone who finds me will kill me.” Today he wanders still, in hell.

A fable is told about a rival to an ancient Grecian Olympic victor. It was the custom of the city to make a statue of the winner to acknowledge his strength and prowess. This infuriated the rival athlete. Late one night, after all were asleep, the envious man faced the statue as if he were wrestling the person the statue represented. In anger, he shook it loose from its pedestal. Falling backward the statue in his arms toppled down upon him, crushing him to death. In reality, his own anger killed him.

Unrighteous anger is an awful and dangerous emotion. Have you felt its destruction? It will lead you to actions that you will regret all your life. You will say and do murderous things. If you do not kill your opponent physically, which most often does not happen, you will do so verbally. Anger has destroyed families, wilted relationships, torn apart businesses, contaminated churches, divided nations, and shaped destinies.

He who does not love his brother abides in death. Whoever hates his brother is a murderer, and you know that no murderer has eternal life abiding in him. (1 John 3:14-15)

Paul affirmed it also. See it in various forms in this list:

Now the works of the flesh are evident, which are: adultery, fornication, uncleanness, lewdness, idolatry, sorcery, hatred, contentions, jealousies, outbursts of wrath, selfish ambitions, dissensions, heresies, envy, murders, drunkenness, revelries, and the like; of which I tell you beforehand, just as I also told you in time past, that those who practice such things will not inherit the kingdom of God. (Gal. 5:19-21)

I’ve known young people who have tearfully confessed that bitter anger is the main characteristic of their father or mother. Young people also are not exempt. God says such people are in danger of hell. They may be church attenders, even recognized leaders, but what is inside reveals the real person.

“You also outwardly appear righteous to men, but inside you are full of hypocrisy and lawlessness,” Jesus said to some religious leaders (Matt. 23:28).