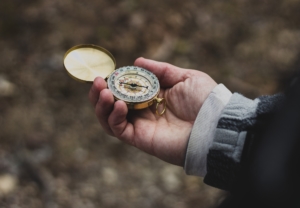 All true Christians agree on the most important doctrinal beliefs—the ones that actually classify us, through belief in them, as Christians (for example, the identity of Jesus as the divine Son of God, his literal death and bodily resurrection, salvation by grace alone through faith in Christ alone, along with many other core Christian doctrines). Despite this essential unity on the most important matters, we sometimes arrive at differing positions on what are often called “secondary” doctrines. The various denominations within modern Christianity are separated on these very things—sincerely held but differing convictions on what they hold to be important (though perhaps “secondary”) biblical matters.

Given the fact that Christians are instructed to be “eager to maintain the unity of the Spirit in the bond of peace” (Ephesians 4:3), there is much to commend those who, though holding differing opinions on certain matters, stay together when possible. Furthermore, any differences in conviction that seem to unavoidably bring about separation (even the peaceful kind) must be understood as less than ideal in light of the high biblical standard of unity.

The fact is, in our modern multi-denominational context, all Christians have personal choices to make regarding which group(s) are right on various “secondary” matters, and which biblical matters are of sufficient importance to require organizational separation where differences persist. My intent in this short article is not to sway you in any particular direction regarding any particular controversial matter. Instead, I simply intend to instruct and exhort you how to, and how not to, go about making your own decisions.

1. Don’t blindly assume that you were raised in the best biblical tradition. I’m not encouraging needless questioning of every teaching, or a rebellious spirit toward your parents or church leaders. I’m simply encouraging you to study to understand the Bible for yourself. Ask questions where you seem to find that long-held traditions don’t square with what you are learning from your own study of Scripture. Sincere questions should never be viewed as threatening by spiritual leaders who truly want to know for themselves what the Bible really teaches, and are humble enough to rethink long-held positions.

2. Don’t base your convictions solely on what the early church fathers held. The list of those who are considered to be part of this group includes men who lived as early as the end of the 1st Century AD, extending to three or four hundred years later. Because errant Bible teaching can slip in and become entrenched within a decade or even less, these men were no more or less in danger of going astray than Bible teachers who study and write today. Furthermore, as in every generation, they lived in the midst of historical, cultural, and political factors that may have pulled them away from the best understanding of Scripture at times. These men are certainly to be respected, and their writings are worth reading, but their opinions should not be viewed as the end of the matter.

4.  Don’t become a current popular teacher’s groupie. As excellent as some modern-day teachers and writers are, and as blessed as we are to have their teaching readily available in various forms, you would not be wise to form your strongest convictions “because John Piper holds this” or “because John MacArthur believes this.” I have personally gained much from reading and listening to both of these men, and I would unhesitatingly commend both of them to you as solid Bible teachers, but I still do not automatically esteem their doctrinal positions as the final word on any matter. They, after all, do not even agree with each other on every point, so at least one of them has to be wrong in these instances.

5. Don’t be swayed in your convictions by our ever-shifting cultural values. The Bible is a timeless book, with unchanging importance and applicability to every generation. While cultural norms change ceaselessly, God’s will for mankind, as revealed in Scripture, never does. It is the obligation of mankind to conform to God’s Word, rather than vice versa.

In case you haven’t noticed already, I’ve been preparing you for this conclusion: Form your convictions on any biblical matter on the basis of the written text of Scripture, and on that alone. You may not be the most accomplished Bible student or scholar or teacher, but you do have the ability to read and understand the text of Scripture for yourself. Whatever your Christian tradition, whatever your pastor teaches, whatever the early church Fathers wrote, whatever your favorite Bible translation, whatever you hear online or on the radio, believe it and live it because you personally see it in God’s word.