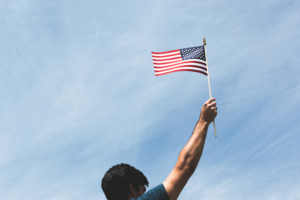 It is a blessing to live in a country where citizens are free to participate in the political process, deciding through a voting system who governs and, to some degree, how they govern. It is also a reality that even this comparatively good system is not perfect, being as flawed as the people who carry it forward from generation to generation. This time around, it’s no big secret that our voting options in the upcoming election are not what most of us would like them to be. If you are a believer who is frustrated by the “lesser-of-two-evils” kind of choice facing you this November, you have plenty of company. In my 35 years as a voting adult, I have never sensed such general dissatisfaction leading up to a presidential election.

In this year’s discouraging political climate, even genuine believers will almost certainly be more divided in their determination of the best voting approach—probably more than at any point in recent history. More than usual may decide not to vote. More than usual may support a third-party candidate rather than sticking with the “conservative” political party.

My aim in writing this is not to let you know who I think you should vote for, or even to encourage you to vote or not vote. I have my own opinions, but so do many others, and this is not the forum in which to discuss them. My purpose here is to exhort and encourage you as a believer to resolve to adhere to three non-negotiables in your attitudes and conduct as the election approaches, and after it passes. These must be your standards, whatever your decisions regarding participation in the contest itself, and whoever wins.

Whatever you decide to do in November, you must be settled in your own mind that you did what was right. It is wise to listen to other people’s perspectives and to discuss and consider all options, but don’t give in to pressure from others to take a course that ultimately makes you uncomfortable. Your conscience is something to be respected, never disregarded. Don’t go against it! Also, don’t pressure other believers to go against their conscience. Share opinions, discuss, exhort, but never in such a way as to pressure others to compromise their own deeply held convictions.

Few truths are more clearly conveyed in Scripture than the fact that quarreling and strife—opposites of peace—are displeasing to the Lord. If differing opinions cannot be shared without becoming contentious, they should not be discussed at all. The Internet is often a forum for professing Christians to put bad behavior on display in this way. No matter how clever, theologically accurate, or politically astute, angry, sarcastic, belittling responses toward believers who hold differing perspectives—or even toward unbelievers, for that matter—do not reflect the will of the Lord. Instead they hurt those with whom you have the most important things in common, while giving a watching world cause to smugly criticize. “It is an honor for a man to keep aloof from strife, but every fool will be quarreling” (Prov. 20:3). So whenever differing views find themselves face to face, be “eager to maintain the unity of the Spirit in the bond of peace” (Eph. 4:3).

The most beautiful aspect of the relationships between Christians is love. With no debate, love is the one reality that overcomes every difference, whether due to race, economic status, moral background, or any other factor that would otherwise tend to divide. Because Christians love each other as Christ loved them (John 13:34-35), the world can see the reality of our faith. Love is that which “binds everything together in perfect harmony” (Col. 3:14). Love is patient and kind. It is not arrogant or rude. It does not insist on its own way. It is not irritable or resentful. (1 Cor. 13:4-5). Love is that which causes believers to imitate Christ by sacrificially seeking the good of others ahead of our own good (Phil. 2:3-4). It is that which makes us willing to lay down our lives for each other (1 John 3:16). So, it is that which must temper our differences in political perspective and our differences in conviction concerning voting. It is that which, unlike the temporary nation and political system we now enjoy and participate in, endures all things and never fails (1 Cor. 13:7-8).