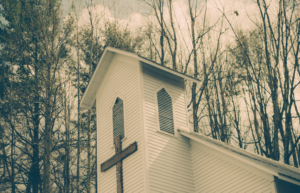 Stu and his family moved to a new city one summer. His company transferred him unexpectedly, so he either had to relocate or find another job. He chose to go, but had little time to research good churches before they arrived. Thankfully, he knew a couple of websites that pointed them toward gospel-believing churches in the area. They decided to visit two.

The “new family in town” first attended the larger of the churches. The greeters at the door asked if they had ever come before. “No, this is our first time,” Stu replied. They were pointed to an information area where they were given a “children’s worship guide” for their eight-year-old. Nice touch. They were then escorted to the nursery for their one-year old.

Once seated in the sanctuary, Stu looked at his bulletin and discovered that the senior pastor, who was also an increasingly sought after conference speaker, was on vacation. Samantha, his wife, got into a discussion with a couple sitting just down the pew from them. “With pastor Robbie gone, we’ll have lots of people missing this morning,” they revealed.

Within a few minutes, the background music died down, and a sharp young man welcomed everyone. He highlighted several upcoming church activities including summer youth camp, Vacation Bible School, and the senior adult trip to Amish country. He also mentioned the church activities throughout the week, including what sounded like an amazingly fun youth meeting on Wednesday nights. Stu and Samantha’s teenage daughter looked over at them as if to say, “Can I go?”

After a brief prayer for the meeting—especially for the message that Pastor Frank would deliver—the music leader and a team of singers and instrumentalists began the first of several theologically rich songs.

Interspersed among the singing was a time of giving and a prayer for various needs in the life of the church, plus an additional prayer for Pastor Frank who would soon speak. At a certain point, children ages ten and under were asked to follow a couple of ladies at the back out to something like “children’s church.” Stu and Samantha kept their eight-year-old with them.

Pastor Frank’s sermon was biblically sound. Stu and Samantha wanted to express their gratitude to Frank afterwards, but they couldn’t find him. They had a difficult time connecting with anyone afterwards. Within a short time, the place was empty. They got back in their mini-van and headed home.

The next Sunday, Stu and the gang attended the other church. They were greeted warmly. In fact, nearly everybody introduced themselves. One kind lady got their one-year old settled in the nursery.

Once seated, a man and his wife and kids sat next to them. They conversed with them briefly, and it came out that an intern would be speaking that morning. “Oh, so I suppose your attendance will be down!” Samantha assumed. “No, not at all,” was the initial response. “Well, the Carter’s are gone this morning, but they’re away for a wedding. Oh, and a couple of our college students are home on summer break. Otherwise, everybody will be here. Hey, why don’t you all come over for lunch afterwards?” “Uh, Sure!”

A guitar-carrying song leader and a few other instrumentalists took their places in front. The song leader welcomed everyone, and asked if anyone would like to read Scripture to begin the meeting. Three or four took turns reading. The leader then prayed and led in singing two truth-filled songs.

Next came a couple of testimonies. One person shared how she had been converted to Christ nearly twenty years ago. Another person talked about his recent evangelistic efforts at the factory where he works. After more Scripture was read, and more praying and singing, the intern spoke for about thirty-five minutes. His presentation skills were weak, but nobody cared—they all seemed eager and happy to hear the Scriptures taught.

People stayed a long time afterwards, laughing with each other, listening to one another, making plans to get together, preparing for their small group meetings, praying together, and reflecting on what they had heard in the previous two hours. Stu and Samantha especially enjoyed encouraging the young man who taught that morning. All four of the elders had introduced themselves by the time they left to have lunch with their new friends. Stu and Samantha sensed that pastoral care was a priority in this church.

Stu and Samantha visited the larger church a couple more times, but ultimately joined the smaller church. They didn’t “dislike” the larger church—it was a gospel preaching church after all—but they were concerned that it put too much emphasis on one man’s speaking, and too little emphasis on the “one anothers” of Scripture, membership accountability, and careful shepherding of the flock.

Did they make the right decision?