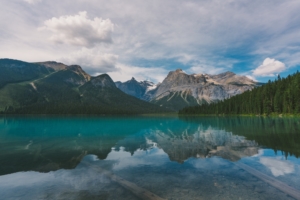 I like to be at peace with people. If I sense there is conflict in a relationship, I’m stressed. But according to Jesus, his followers are not meant to always be at peace with others. This is how he put it.

Jesus’ words might be shocking to you, especially when thinking about the angels singing at his birth, “Glory to God in the highest, and on earth peace among those with whom he is pleased!” (Luke 2:14). And isn’t he the one who will “guide our feet into the way of peace” (1:79)? Yes, through Jesus we are reconciled to God. So, in that way, he came to bring peace.

Nevertheless, until Jesus returns, believers and unbelievers will be in conflict. Jesus says that even at the most intimate levels of relationships, among family members, he brings division. When we clash with unbelievers, we want to make sure it’s not because we have done something foolish or said something unkind. A statement like, “Only an idiot would think that way,” isn’t the way to win over a lost aunt. However, if you skip your nephew’s birthday party that is happening on a Sunday evening and instead attend your church meeting, watch out! Division is coming, just like Jesus said it would.

But what if you’ve not seen allegiance to Christ cause division? It’s possible you aren’t being bold enough. When a person becomes a new believer, he gets a new agenda in life, new desires, new tastes in jokes and entertainment. Believers even talk about subjects like modesty and appropriate beach wear! These differences can put major stress on relationships with unbelievers. The temptation for the Christian is to just go along with the world for the sake of peace and ease. But remember, Jesus said, “For whoever is ashamed of me and my words, of him will the Son of Man be ashamed when he comes in his glory and the glory of the Father and of the holy angels” (Luke 9:26).

Pastor and author Derek Thomas was converted to Christ while a student at a secular college in Great Britain. He had a math professor who was such an outspoken Christian that he would even proclaim the gospel during math class! In a sermon on Acts 9, Thomas shares that on his first day back to class after he had been converted, the professor suddenly said to him in front of the whole class, “Thomas! You’ve been converted. Tell us about it.” He did the best he could, and then afterwards, his professor said to him, “I believe in nailing your colors to the mast from the beginning.”

Jesus assumes true believers will “nail their colors to the mast,” and then division will inevitably come. Satan will surely attempt to get us to think things like, “You can’t divide with your child! How heartless!” or, “Come on, this is your mother! Don’t you love her? Surely this division isn’t worth it. And those grandkids need their grandparents!” Don’t believe his lies.

As we face division because of our allegiance to Christ, we are not alone. In the scenario Jesus gives, there were at least two believers in the one house. That may not always be the case in a home, but this points to the important role of a local body of believers in our lives. Because following Christ is going to cost us relationships with people we love, it is vital that we have relationships with brothers and sisters in Christ who will help us to persevere when we’re cut off from a friend, a sibling, a parent, even a child.

But is this division really worth it? Here’s a portion of what Jesus says about those who will remain faithful.

“Blessed are you when others revile you and persecute you and utter all kind of evil against you falsely on my account. Rejoice and be glad, for your reward is great in heaven, for so they persecuted the prophets who were before you” (Matthew 5:11-12).

“For whoever would save his life will lose it, but whoever loses his life for my sake will save it.” (Luke 9:24)

“Truly I say to you, there is no one who has left house or brothers or sisters or mother or father or children or lands, for my sake and for the gospel, who will not receive a hundredfold now in this time, houses and brothers and sisters and mothers and children and lands, with persecutions, and in the age to come eternal life” (Mark 10:29-30).