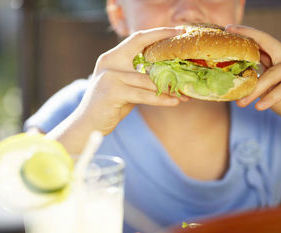 The Sermon on the Mount (Matthew 5-7) opens with the well-known list of qualities and rewards known as “The Beatitudes” (5:3-12). According to Jesus, rewards like the kingdom of heaven, the inheritance of earth, comfort, mercy, satisfaction, identification as God’s children, and the privilege of enjoying His presence, belong to the “blessed” people who manifest the attributes He lists as an introduction.

In the context of first-century Israel, Jesus’ list served more of a purpose than to merely say whom God would accept. It also served to expose those who would not be. For example, “Blessed are the poor in spirit, for theirs—not the boastful, proud, arrogant religious leaders’—is the kingdom of heaven. Number four in the list catches my attention in this respect:

Blessed are those who hunger and thirst for righteousness, for they shall be satisfied.” (Matt. 5:6, emphasis added)

I find it striking that Jesus did not say, “Blessed are the righteous.” Had He said that, the Jewish leaders of his day (along with many self-righteous moralists today) would have quickly applied this designation to themselves, assuming that they, being “righteous” according to the law, would inherit the reward rather than the lowly masses who made no such claim. Instead Jesus used the illustration of needing and lacking righteousness—of those who hunger and thirst for righteousness—an identity less eagerly embraced by pharisaical types. Those who hunger and thirst for righteousness shall be satisfied, Jesus said, rather than those who were already “righteous.”

There is something critical about recognizing—feeling—one’s lack of righteousness. The often-painful experience of hunger and thirst, something we all feel at times, illustrates this experience well. Those who feel this need, Jesus said, are blessed.

According to Jesus, we should recognize as “blessed” (for example) the lowly tax collector who said, while hanging his head in shame, “God, be merciful to me, a sinner.” This humbled man, so broken by the shame of his sin that he was unwilling even to look up toward heaven, “went down to his house justified” following his plea to God for mercy. The self-righteous Pharisee, on the other hand, who declared, “God, I thank you that I am not like other men. . . . I fast twice a week; I give tithes of all that get” (Luke 18:9-14), remained under God’s condemnation. The one man rightly sensed his “hunger” while the other man, numb to his true need, mistakenly saw himself as well-fed.

So it seems that Jesus’ point in Matthew 5:6, and in the overall list called “The Beatitudes,” was to expose and correct a fallacy in prevailing Jewish thought, at least among their religious leaders. The people who were thought to be in God’s favor—the supposed “righteous”—were actually far from God, while those thought to be hopelessly on the outside of God’s favor—the lowly sinners who recognized their spiritual bankruptcy—were properly positioned for acceptance and reward through repentance and faith. And this message is not unique to Matthew 5. As Jesus said elsewhere, “I have not come to call the righteous but sinners to repentance” (Luke 5:32).

The person who has been converted, or is close to conversion, is not the one who always saw himself as a “good person,” but rather the one who has come to understand with Paul that among the unconverted, “None is righteous, no, not one” (Rom. 3:10). “Those who are in the flesh cannot please God” (Rom. 8:8). He is the one who has come to hunger and thirst for a righteousness that brings him out from under God’s wrath (John 3:36) and graciously into His favor. Through faith in Christ, whose sacrifice for sinners dealt fully with the guilt of all who will trust Him, this initial hunger and thirst for righteousness is completely satisfied. But hunger and thirst for righteousness also illustrates the ongoing desire for increasing righteousness in a Christian’s life. Jesus’ illustration continues to have significance for those who have come to Him by faith.

Believers are identified in the Bible as those who practice righteousness rather than sin (1 John 3:8-10). They were slaves of sin (Rom. 6:7, 16-18; Titus 3:3), but have been set free from that former mastery. In that sense they are no longer classified as “wicked,” “evil,” or “sinners” (as a matter of practice). They are, instead, righteous. Nowhere, however, are Christians said to have perfected themselves in the practice of righteousness. Therefore, the quality of hungering and thirsting for righteousness continues even after conversion. The same attitude that led to our conversion in recognizing our absolute lack of righteousness, now describes our hunger and thirst for increasing righteousness. This drives the true Christian to diligently pursue holiness just as a genuinely hungry and thirsty man is driven to obtain food and water.

Though satisfied at one level through conversion, and at another level through the lifelong pursuit of holiness, the Christian’s hunger and thirst for righteousness will only be fully satisfied upon Christ’s return. Then we will be filled to the fullest through the experience of everlasting life in the “new heavens and a new earth in which righteousness dwells” (2 Pet. 3:13). Then will we hunger and thirst no more.