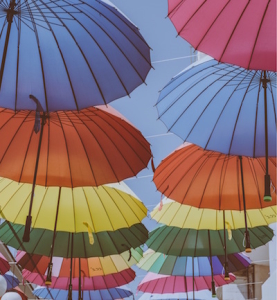 I typed the words “celebrate diversity” in the Google search box and got 439,000 results. Without the quotation marks I got 9,260,000 results! If Google is any indication, the celebration of diversity has become a major cultural theme. And I’m all for it!

Jesus celebrated diversity with unapologetic enthusiasm, even when he was criticized for it. As a Jewish male he did not follow the pattern of the typical Jewish male of his day by sticking to his own type and avoiding those who were different. Instead, he mingled with, welcomed, healed, taught—and ultimately saved—people of every race and background, every skin color, both genders (think of the Samaritan woman in John 4), and even of every physical size (think of Zacchaeus who was “small of stature,” Luke 19:3). Jesus took no part in the hatred-producing self-exalting exclusion that is a natural, though evil, tendency among human beings.

By doing this, Jesus was manifesting the glory of his Father, who, as the New Testament tells us repeatedly, “shows no partiality” (e.g., Romans 2:11). God’s salvation in Jesus Christ is not reserved for any particular race or gender, for people with any certain hair color or skin color, any unique food preferences or dietary laws, or any single cultural background. Jesus was sent by his Father, who “so loved the world [that is, humanity as a whole, not any particular race] that he gave his only Son, that whoever believes in him should not perish but have eternal life” (John 3:16). Whoever believes will be saved! “Everyone who calls on the name of the Lord will be saved” (Romans 10:13). To the believers in Galatia Paul wrote, “There is neither Jew nor Greek, there is neither slave nor free, there is neither male nor female, for you are all one in Christ Jesus” (Galatians 3:28). Near the end of the New Testament we learn that Jesus “ransomed people for God from every tribe and language and people and nation” (Revelation 5:9).

Talk about the ultimate mold-breaker! Jesus celebrated diversity when celebrating diversity wasn’t cool. And his followers . . . well, they followed. Every New Testament author, most of them also Jewish males, solidly affirmed God’s welcome of every race into his kingdom. Not a single New Testament author even hints that there might be any exclusion on the basis of any of the factors I have discussed up to this point.

But there is another interesting factor about the celebration of diversity in the New Testament: It is not without limits. Jesus and his New Testament authors also make this crystal clear, under two main headings:

Jesus never celebrated moral diversity, and neither did his followers.

Yes, Jesus ate and drank with “tax collectors and sinners.” But when criticized for this practice he made it clear why he did so: “Those who are well have no need of a physician, but those who are sick. I have not come to call the righteous, but sinners to repentance” (Luke 5:31-32). His intent in dining with sinners was not to affirm or accept them in their sinful lifestyles. He was not celebrating the diversity of their moral preferences. That would have been parallel to a doctor visiting a terminally ill man and giving him a hug while ignoring the illness that was killing him. Jesus’ association with such people was to create a context in which he could preach to them about their need to repent of their sins and trust him as their Savior.

Without repentance, there can be no salvation—no acceptance into God’s kingdom. Jesus said twice in Luke 13, “Unless you repent, you will all likewise perish” (vv. 3, 5). Paul later warns the Corinthian church,

Jesus never celebrated religious diversity, and neither did his followers.

One image I came across on my Google search was of Jesus giving a high-five to Mohammed, the prophet of Islam. This blasphemous image falls in line with what our diversity-celebrating world might like to think about all faiths being equally valid paths to God, but, in reality, it is a rejection of who Jesus truly was. To make Jesus equal with any man is to strip him of his unique glory. Only Jesus could truthfully say, “I am the way, the truth, and the life. No one comes to the Father except through me” (John 14:6). Only of Jesus could it be truthfully said, “There is salvation in no one else, for there is no other name under heaven given among men by which we must be saved.”

But won’t God accept people who sincerely believe something different and practice their religion with zeal? No, he won’t. He accepts only those who honor his son through repentance and faith. Jesus said to the Jewish Pharisees—religious leaders whose sincerity and zeal led them to kill him when they believed him to be a blasphemer of their God—“Unless you believe that I am he, you will die in your sins” (that is, unforgiven, John 8:24).

So it seems that as good as diversity is, it must be celebrated within the bounds established by God in Scripture. To do otherwise is not to celebrate diversity, but to embrace perversity.