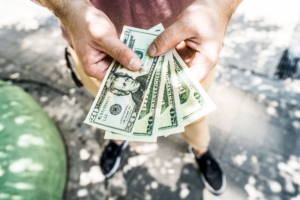 The Christian life is fraught with danger. There are the external dangers—overt persecution from those who hate Christ and would see his followers physically hindered, maligned, imprisoned, even killed. Then there are threats of a more insidious nature, doing their damage inside the mind of the professing believer. These threats are not unlike a bacteria or virus: once infection has occurred it can be very difficult to overcome, devastating to individuals and churches, and even spiritually deadly.

This second category of threats come in the form of teachers who speak in the name of Christ, but in a manner, and with a motive, that is not according to his will. They distract believers away from a truly biblical mindset, divert them into unprofitable or even harmful ideas and beliefs, and sadly, in some cases, lure them to their own destruction by leading them away from the faith.

I would categorize these purveyors of spiritual bacteria in three ways: Charlatans, Heretics, and One-trick Ponies. There is often some overlap between these three categories in any single teacher, but it will still be helpful for you to first understand my terms individually.

Charlatans are religious frauds. They are not the pastors or teachers commended in the Bible, men who truly love the church and watch over their flock sacrificially and faithfully as Christ would have them. They are not those who are willing to teach time-proven biblical truths no matter the societal opposition or personal cost. They are not those who are motivated by a genuine love for Christ and for his people. No, charlatans are in it for themselves. These men and women crave fame and notoriety. They love glitz and glamour. They love the sights and sounds of people fawning at their every word as they prance and point and pontificate on glistening stages under flashing lights. Most of all, they love money, convincing their unwitting followers that Christ wants them to send in their small (or large) gifts, again and again and again, assuring them of the rich spiritual blessings that surely will follow.

Heretics are theological frauds.  These men and women are the innovators, wowing their listeners by claims that after centuries of the misinformation of “orthodox” Bible teaching, they have discovered (or rediscovered, they might say) the real truth. Perhaps it is through some recently discovered writings purportedly from one of the 12 apostles or some other associate of Christ. Perhaps it is through their own personal discovery of centuries-old translation errors, which they alone are willing to address honestly while everyone else overlooks them so as not to upset the system. Their “new and better way” is often nothing more than a recycling and rebranding of some ancient heresy, long ago disproved and rejected, but dredged back up now for yet another go-around. Even when the heresy is truly novel (as, for example, with the false doctrines dreamed up by the 19th-century charlatan, Joseph Smith, becoming Mormonism), the principles driving them are the same: they find that the doctrines explained in the 66 books of the Bible need to be added to, corrected, or altogether rejected. Oh yes, one more thing: there is usually the sympathy-grabbing (and money-requesting) claim that because of their willingness to teach “the truth,” they are being persecuted by other Christian groups.

One-trick Ponies (a term commonly used to describe a person with only one special talent or area of expertise) are frauds of another sort. These are “Bible teachers” who, though perhaps not overtly heretical in any particular area, fail to teach the Bible as a whole because they are fixated on one particular aspect of biblical doctrine. Perhaps it is an inordinate focus on the miraculous spiritual gifts, or end-times theology with endless warnings based on current events in various parts of the world (usually Israel!). These supposed subject-matter experts, while majoring on what they claim their listeners need most—week after week after week—spiritually malnourish their naïve but enthralled followers in just the same way a parent would malnourish a child by feeding him only candy. Usually, if you look closely enough at a one-trick pony ministry, you’ll find plenty of careless, irresponsible, or even false Bible teaching, along with the inevitable and repetitive mention of financial support.

There never has been any shortage of charlatans, heretics, or one-trick ponies. Furthermore, whichever category any individual teacher or ministry falls into, more or less, the one thing they all have in common is this: for their own personal gain, they distract and weaken those who might otherwise be, should be, need to be learning and growing stronger in their faith through solid, Christ-centered, expositional Bible teaching in the context of a committed relationship with a local church. They (that is, the frauds), speak from their remote platform via the television or Internet, from which they cannot see, and do not really care about, the harm they are doing to the souls they are misleading.

So, how can you avoid these potentially harmful distractions? First, make sure you are solidly and faithfully involved in a biblically sound local church where the pastor(s) are “keeping watch over your soul as those who will have to give an account” (Hebrews 13:17). Second, study the Bible yourself, and make sure what you are being taught squares with what you read. Third, if anything seems out of order with someone you’ve been reading or listening to, ask your pastor for help sorting things out. Lastly, be wary about receiving the bulk of your instruction in the open and unguarded forum of the Internet, television, or Christian book stores. There is much good to be found in these places, but Satan is also present and active with his schemes as much as he ever was in any place.

Beloved, do not believe every spirit, but test the spirits to see whether they are from God, for many false prophets have gone out into the world. (1 John 4:1)