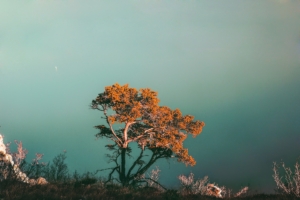 That small letter called Jude, which reads like a diatribe on the one hand, is a weighty and relevant appeal to the church. It should not be dismissed because of its diminutive size. Like Napoleon at 5’6,” it more than makes up for its mere 25 verses.

The appeal pertains to us as well as the first century readers. Jude says, “I found it necessary to write appealing to you to contend earnestly for the faith that was once for all delivered to the saints.”

Why contend earnestly for the faith once delivered? Jude explains: “For certain people have crept in unnoticed who long ago were designated for this condemnation, ungodly people, who pervert the grace of our God into sensuality and deny our only Master and Lord Jesus Christ.” This is the problem they faced and we face. Will we be persuaded to drift from those solid truths we have been given by the Apostles? Many churches have been. By doing so, we deny our Master even while professing him, just like some among the Cretan believers (Titus 1:16).

What does it mean to “contend for the faith that was once for all delivered to the saints”? In the context of this powerful epistle, it means that we should fight to keep our beliefs and subsequent behavior intact which were given to us by those who were the original Apostles of Christ lest we stumble by the influences of the ungodly among us who twist Scripture in order to excuse behavior. We should never forget that churches who do not contend earnestly die, and others appear to have life when they have little if any.

First, a Reminder. Jude reminds them of how God ultimately judges the wicked. To do this he employs a number of Old Testament examples: Egyptians destroyed after the Israelites were led to freedom; evil angels “kept in eternal chains”; Sodom and Gomorrah “who serve as an example by undergoing a punishment of eternal fire.”

Such people though professing to know Christ in that day (and ours), infected the churches: “relying on their dreams, [they] defile the flesh, reject authority, and blaspheme the glorious ones [things?].” Jude illustrates his point with the story of the archangel Michael contending for the body of Moses, the behavior of Cain, the infamous Balaam, plus Korah, the rebellious wilderness wanderer who sought equal authority with Moses. They derived their self-importance out of their dreams.

In all of these cases, the evil actions of these “inside” people and angels brought on decisive judgment from God. Remember that

Characteristics of Evil People in Our Midst. Jude colorfully describes these people with the most unflattering terms in the Bible. You can tell that he has little affection for those who destroy the churches. He uses picture words: “hidden reefs in your love feasts,” “shepherds feeding themselves,” “waterless clouds swept along by the winds”, fruitless trees in the late autumn, twice dead, uprooted,” “wild waves of the sea, casting up the foam of their own shame,” “wandering stars, for whom the gloom of utter darkness has been reserved forever.” He describes them as “ungodly,” using a poignant prophecy from Enoch.

Then he adds, “These are grumblers, malcontents, following their own sinful desires, they are loud-mouthed boasters, showing favoritism to gain advantage.”

Have we ourselves known such people?

Fight For It. Jude gives his audience, and us, some simple and straightforward instructions. We must do them:

A Doxology to Affirm. Jude concludes with a doxology that declares God’s power and purpose for the churches to help them persevere even though wickedness may infiltrate into the body of believers. Since there are many churches who have gone the way of these infiltrators and have forsaken the truths once delivered, say this aloud with joy and faith:

“Now to him who is able to keep you from stumbling and to present you blameless before the presence of his glory with great joy, to the only God, our Savior, through Jesus Christ our Lord, be glory, majesty, dominion, and authority, before all time and now and forever. Amen.”