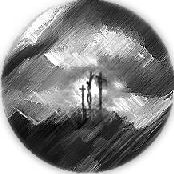 Did Christ die for you? Was the act that was meant to pay the just penalty for man’s sins specifically calculated with you in mind? Was Christ cognizant of you when He accomplished His sacrifice and subsequent resurrection?

The first century apostle, Paul, answers this relevant question in his letter to the Romans. His words may help you and those you love.

Christ died for those who aren’t strong

For when we were still without strength, in due time Christ died for the ungodly (Romans 5:6).

The idea that Christianity is for people who have innate moral strength is denied. Paul states categorically that Christ died for those who do not have the ability to get to God on their own, that is, people who aren’t able to be and do all God demands. Interestingly, your awareness of your spiritual inability is not a hindrance to having new life in Christ—it is your ticket. Christ came for people just like you!

Christ died for those who sin

For scarcely for a righteous man will one die; yet perhaps for a good man someone would even dare to die. But God demonstrates His own love toward us, in that while were still sinners, Christ died for us (5:7-8).

Though sin is what makes every living person deserving of hell, it is only for those who know themselves to be sinners that Christ’s death has any meaning and effect. Sin is not only “the rape of the soul”—it is the cause of eternal separation from God. How often do you sin? Multiplied thousands of times before you die. Why? Because you are corrupted in your essential nature. It is for such that Christ died. Be glad that you know yourself well.

Christ died for those who are His enemies

Who killed Jesus? The Jews? The Romans? God? Yes, in their own way each of them was responsible. Yet, after all of it is bantered about, it was our rebellion that caused the cross. Our self-interest is blatant. We have lived independently, not wanting the control of God over our lives. The Bible calls this enmity—and apathy is just the passive form of it. But Christ died for such people.

Do you qualify as one for whom Christ died?

In Dallas, Texas there is an institution that has been serving that community for many years. It is now called the Buckner Children’s Home. In earlier days it was called Buckner Orphanage. “Daddy Buckner” was the founder of this great work.

A story is told about a little girl who had survived a fire that had claimed the lives of her family. She was scarred, especially on half of her little face. It was difficult to look at her. When she came to the orphanage, she told Mr. Buckner, “You’ll have to be my mommy and my daddy.”

When Daddy Buckner walked into the orphanage one day, he found the little girl weeping in a corner. He had the sense to dismiss the other children so that he could talk with her privately. Putting her on his lap, he quietly said, “What’s the matter, honey?”

“Oh, Daddy Buckner,” she cried, “I know I’m ugly and nobody loves me. But would you kiss me on my good side and tell me that you love me?”

The cross is God’s way of saying to helpless, sinful enemies that He loves us.

“I didn’t come for the well,” Christ once asserted, “but for the sick.” He was not exempting some people as if they simply didn’t need Him, but rather He was asserting that there are some who see themselves in need of nothing from Christ. For such people the cross of Christ confers no benefits and has no effect.

It is emblematic that there was a thief crucified on the cross next to Jesus. Two, in fact—one completely self-sufficient to the end, the other fully aware of his deplorable enmity against God.

“Remember me,” he pleaded. Christ did. He died for him—and for all such pathetic wretches.

Were you among them?