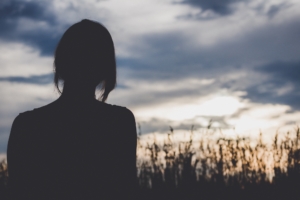 I take notice when something isn’t properly maintained. It’s a blessing and a curse. While driving down the road, it’s common for me to make comments about grass. “Man, that grass is long…they should get out there and mow…someone should have mowed last week!” My wife chides me, and rightly so, when I speak that way. You can’t love people while criticizing them.

A few days ago we drove up to a house, and I immediately noticed the mess in the front lawn. It was overgrown, had at least five different grass-like varieties and some clover too. “Do these people even care?” It was my house. We had just arrived home after being gone for 10 days. Of course, these people care. I know them; they are me! It was a rough and enlightening moment.

Listen to one of Paul’s explanations for his second letter to the Corinthians:

We are not commending ourselves to you again but giving you cause to boast about us, so that you may be able to answer those who boast about outward appearance and not about what is in the heart (2 Cor 5:12).

The church at Corinth had been overrun by leaders that boasted about what could be seen. These “super apostles” as Paul will later call them, were all about putting on a show so that people knew how great they were. They appeared to have it all together, and Paul appeared to have lost it.

Paul goes on to describe that Jesus died, “that those who live might no longer live for themselves but for him who for their sake died and was raised,” (5:15). He is reminding the Christians that the activity of their selfish leaders is not in step with the gospel, and that they should not follow them in their error.

Building upon this reminder, Paul gets right to the point:

Because Jesus died in order that people would live for him, rather than themselves, we understand that what we can see on the outside is not always the reality inside. Because people have been rescued from being concerned only with themselves, things may seem a little messy. Think of Paul before Christ. He was well educated, powerful and prestigious. He cared about his lineage and boasted in his outward position in Judaism. Now think of Paul after Jesus saved him. He was beaten, troubled, mistreated, slandered, suffering and weak. The super apostles in Corinth saw this and said, “That guy isn’t worth listening to. All you have to do is look at him to see that.”

To think like the false apostles is to regard according to the flesh—making judgments based solely on what can be observed with human eyes. Paul says that we used to see Jesus that way—thinking him only a man, a good teacher maybe, but mainly just a man who ended up humiliated and crucified. He died in profound weakness and defeat, and Paul is following in his footsteps.

But, the resurrection changes everything. Now that Jesus is crucified and risen, we cannot think of him in merely human categories. We cannot see him with our physical eyes, but we can see his face with the eyes of our hearts (see 2 Cor 4:6). Thus, our perspective about him must change.

The same is true with Paul. He wants the Corinthians and us to see him and the super apostles as they truly are inside. Because he knows that as people see Jesus correctly, their perspective about others will change as well.

What are you most concerned with? Are you keenly aware of how you live before others or how you live before Jesus? Do you see people, especially other believers, through a merely human lens? It is a temptation! We live in a world relentlessly focused on keeping up appearances. From landscaping, to clothes, to relationships, to social media posts—it’s all about what can be seen.

But, there is a better way. There is resurrected sight.