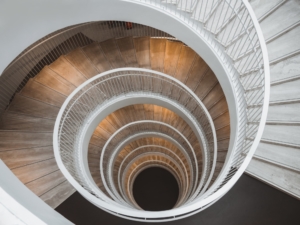 “A man of great anger will bear the penalty, for if you rescue him, you will only have to do it again.” (Proverbs 19:19)

I lived for many years beside a very, very bitter man. The slightest issue would set him off. If any neighbor children’s ball went into his yard, he would cuss them out and often call the police. He was highly prejudiced and would often use racial slurs against my dear neighbors.

He probably called the police on us, for completely nonsensical issues, 30+ times during 8 years. I could list many, many sad stories. When I went to the police chief to let him know that we were not the ones creating the problem and causing our good policemen to have to take their time for such silly issues he replied, “Yea, we know that guy. Sadly, there’s one like that in every neighborhood, and we know them all.” What a legacy.

THE PENALTIES OF ANGER

I watched with growing pity and sorrow, the consequences mount in his life. He became known for his anger on our street. He was hated by almost everyone. His children rebelled and suffered terrible consequences. He and his wife fought constantly, even calling the police multiple times.

He lost his health, suffering a massive heart attack. His blood pressure was out the roof. He was fired from his job. I found out they had to move every few years because of the problems he created. He “bore the penalty” as Proverbs says, of his anger. And it happened again and again. Daily his anger exploded.

LEARNING ABOUT ANGER AND FORGIVENESS

I often thought that God allowed him in my life to teach me and my family how to forgive, for we had to exercise that trait over and over again. In that regard, it was a very valuable exercise for us. Our children learned much from this time, sadly. We saw the tragic results of anger gone awry. We learned that you cannot answer, what Proverbs calls a fool, with a reasonable answer. It is a waste of time. You must answer him “as his folly deserves.”

And, we realized that anger always comes from a deeper root. It is a symptom of harbored hurt. This poor man had a father and grandfather that were abusive, angry men. The sins of the fathers were being visited on multiple generations.

For this man to change, he would have needed a heart transformation brought by genuine conversion. He was a very, very “religious” man, often telling me that his brand of church contained the only true Christians who were going to heaven. I prayed for his salvation daily and shared the simple gospel with him when I could. Even though he moved away, I find myself continuing to pray for him that God would mercifully save and transform him before he dies.

All of us get hurt in life. It is not a matter of being hurt, but how you respond to hurt that determines whether or not you will become an angry person. Don’t let hurt harbor in your heart unchecked. You may think you are justified in your responses, but YOU are the one placed in a prison of unforgiveness. You will be the one who suffers the penalty. Instead of your life carrying the sweet fragrance of God’s forgiveness and grace, you will project the acidic odor of bitterness to every life you touch. It is an unmistakable smell.

Your anger accomplishes nothing but bondage for you and pain for those around you. If I learned anything from my angry neighbor, I learned that harboring hurt is not worth the price.