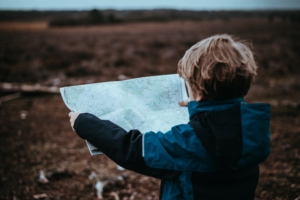 Previously, in Parts 1 and 2, I encouraged you to start early with corrective discipline and continue consistently throughout your child’s formative years—like planting and tending a summer garden to keep the weeds from getting out of control. Now we need to discuss the kinds of behavior that need to be addressed correctively.

I once heard it said that if the only tool you have is a hammer, you’ll tend to see every problem as a nail. Just as there are several effective tools for disciplining a child (as I will discuss in Part 5), there are also distinctions between the kinds of behavior you should expect to see in your child. Consider two here, and then a third in Part 4:

Because childish behavior flows out of immaturity as a human being, there are some patterns of conduct your child will grow out of naturally. For example, play that can get too loud or too boisterous; youthful inexperience leading to the failure to anticipate natural consequences; lack of physical coordination resulting in unintentional spills or breakage; crying about things that would not make an older child or adult cry, like a bumped head or an ice cream cone dropped on the ground. These kinds of childish behavior provide children with the opportunity to learn about life, to learn from their mistakes, and even to learn about obedience when parents or others in authority instruct them to stop, slow down, calm down, lower the volume, never do that again, and so forth. But these examples of pure and normal childishness would only become disciplinary matters where disrespect or disobedience become factors.

This is a much more serious category of behavior in the Bible. Foolishness (or folly) is spoken of in the Bible as that which is “bound up in the heart of a child.” Because the Bible also says, “the rod of correction will drive [folly] far from the child” (Prov. 22:15), we know it is worthy of serious parental attention and correction. In many cases the Bible treats foolishness just as seriously as any sin, or even as a synonym for sin. It is the opposite of wisdom. Consider a few examples to look for in your child:

“A fool gives full vent to his spirit, but a wise man quietly holds it back” (Proverbs 29:11).

“It is an honor for a man to keep aloof from strife, but every fool will be quarreling” (Proverbs 20:3)

I chose these three examples because they tend to show up early in a child’s life, giving parents the opportunity to address them early. For other examples, study the book of Proverbs, comparing your child’s patterns of behavior with Solomon’s descriptions of the fool’s conduct. Notice that the seeds of folly are sprouting and becoming evident even in your very young child. Then, be careful not to confuse foolishness with childishness, and especially careful not to respond to foolishness in the same way you would to childishness. Solomon’s “fools” were probably adults, but they began as children whose parents failed to drive their foolishness far from them (Prov. 22:15).

Foolishness may not always call for a “zero-tolerance” approach, as does outright wickedness (my next category), but be careful not to fall into the “I always give a warning and a chance to stop” trap. Foolishness can and should be treated with zero tolerance if it is becoming a pattern. For example, the child who habitually responds to disappointment by venting anger, whining, crying, or complaining needs to learn more than just how to stop the behavior once it has started. Parents who always give their child the opportunity to stop venting anger or complaining before enacting discipline are actually enabling the behavior by sending this message: “It’s OK to vent like a fool as long as you can make yourself stop once someone points it out.” This is not the biblical goal, or the biblical parenting approach. The biblical goal is self-control—the conduct of the wise man who “quietly holds it back,” as illustrated in the second part of Proverbs 29:11. Once a child shows a pattern of foolishness, and once sufficient warnings have been given, corrective discipline should be applied as soon as the behavior starts. In these situations, reasoning with the child about better ways to respond should take place after corrective discipline.