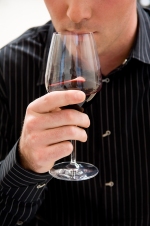 Samson was a Nazirite. His hair was to be uncut and he was to drink no wine (even grape juice) or liquor. For him, the vow of the Nazirite was to last all his life. He didn’t carry out his vow, a commitment entered into by his parents prior to his birth, but he is perhaps the most colorful illustration of it.

Even a common man could take a Nazirite vow through which he would separate himself to the Lord for a period of time (Num 6). Paul himself, through a unique turn of events, took a Nazirite vow even after becoming a believer (Acts 21:17-26). The vow said, “I am the Lord’s and nothing will distract me from being the Lord’s.” The refusal to drink wine or liquor and the sign of letting the hair grow uncut were ways a person showed his separation from the rest of mankind. The practice came out of the Mosaic Law and was regularly seen among God’s people.

An Application for Us

Although the Nazirite vow was an Old Covenant practice, you may find shadows of the vow of the Nazirite in Paul’s New Covenant letter to the Ephesians. In 5:18, he wrote:

And do not get drunk with wine, for that is dissipation, but be filled with the Spirit.

Paul brings that ancient practice to the believer in some new ways:

First, he modifies it. The point to Paul is not about whether or not one can drink wine, a common beverage for the average man and woman of both the Gentile and Jewish world at that time. Grape juice turned to wine in a world without refrigeration, and was normally watered down for regular table use. No special prohibition to drink wine is offered here, but Paul does admonish believers who perhaps were used to drunken banquets to curb their appetites. He is concerned about drunkenness, to be sure. But why? We will see next.

He amplifies it. Instead of the requirement to be separated or holy while under a Nazirite vow, he raises the believer’s experience. “But be filled with the Spirit,” he says. No longer merely a matter of separation is involved, but a higher call to be overcome with the Spirit.

Finally, he expands it. By this I mean that the requirement to remove other masters and to be mastered only by the Spirit is the responsibility of every believer. It is not an option for a short while for a person who for some reason wants to show intense love for God, nor is it available only for a few who have special callings in life, but is the regular life experience of the believer. The believer is to refuse the control of any other thing so that he might be controlled with the Spirit who is within Him at all times. What the Spirit does with such a person is His business, but the believer seeks to be solely submitted to the Spirit every moment of his life.

So, in a unique sense, we as believers are Christ’s Nazirites. It was a vow you took when you first became a believer in Christ, and I, for one, am happy to have made it.