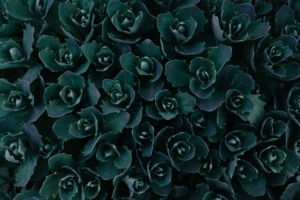 A lie is an intentional misrepresentation of the facts with the goal of deceiving another person for personal benefit. Lies are usually spoken (or written), but words are not necessarily required. The sin of lying can be committed using silence, feigned ignorance, deceptive facial expressions, or even tones of voice. For instance, the dog’s water bowl is empty. You knew it and should have filled it up yourself, but were hoping someone else would notice and take care of it for you. Your dad notices and asks, “How long has the dog’s water bowl been empty?” In order to avoid his disapproving lecture and portray yourself as diligent and helpful, you put on your best surprised expression and reply in a pleasant and helpful tone, “Oh, it’s empty? Here, let me fill it up.”

People do not need to be taught how to lie. Lying is one of the most natural expressions that come from the human heart in its fallen condition. But why is lying such a common human problem? Why are we such deceivers, even when we are very young? Where do all these lies come from? I believe most lies can be traced to four other sinful characteristics of sinful man: pride, greed, fear, and hatred.

Pride leads to lying when you minimize or deny faults that you believe will lead to disapproval from others, or when your craving for praise from others motivates you to exaggerate or fabricate your good qualities or actions. You lie in order to maintain or improve your status in the eyes of others. You lie to others, in order to avoid dealing with what you (and God) know to be true about yourself.

Greed leads to lying when telling an untruth is the easiest way to get what you covet but cannot obtain through telling the truth. The little boy wants another cookie, but he already had one and his mom had said, “Just one,” before she left. So, with mom gone, the boy asks dad who was unaware of the first cookie, “Daddy, may I please have a cookie? Mom said I could have one.” Or, a caller fraudulently represents himself as being with the local utility and threatens a business owner with immediate power shut-off due to an unpaid bill if the merchant does not pay immediately over the phone. And how about all those falsely reported hours worked, or false statements on tax returns?

Fear leads to lying when the person has done something wrong or foolish or shameful or illegal, and seeks to avoid suffering the unpleasant consequences. The young child, fearing discipline, denies responsibility for the glass accidentally broken in an exhibition of foolish exuberance. The student lies about why his homework wasn’t completed in order to gain the teacher’s sympathy and avoid the bad grade. The worker lies about the reason he was late for work—again—in order to avoid a write-up from his boss. The husband lies to his wife about what he has been looking at online in order to avoid the painful exposure of his sinful habit.

Hatred leads to lying by slander or malicious gossip. One person seeks to destroy another person’s reputation through the distribution of false information. Statements are quoted accurately, but only partially or out of context. Actions are described in one-sided ways, without giving the kind of balance the full story would provide. Blatant untruths are disseminated with the knowledge that by the time the truth comes out, the damage will already have been done. This kind of lying takes place on the public stage, in the workplace, and even at home between siblings. Lies motivated by hatred (and greed—think of Jezebel and Naboth), have even led to innocent people being put to death.

Lying is more than just an isolated sinful action. It is evidence of the deep corruption that defines the unregenerate human heart. It is one way of displaying the various forms of evil that dwell within. As Jesus said, “The good person out of the good treasure of his heart produces good, and the evil person out of his evil treasure produces evil, for out of the abundance of the heart his mouth speaks” (Luke 6:45).

We shouldn’t be all that surprised to learn that lying is deeply wicked, given its most sinister connection with evil. Its roots are traced directly back to the devil himself. Jesus said of this supreme liar that he “has nothing to do with the truth, because there is no truth in him. When he lies, he speaks out of his own character, for he is a liar and the father of lies” (John 8:44). God recognizes this resemblance, sentencing all (habitual) liars to spend eternity in the lake of fire, with the one whom they chose to imitate in life (Rev. 20:10, 14; 21:8).

Knowing now the awfulness of lies and their corrupt source, we who have been set free from sin should desire earnestly never to lie again.