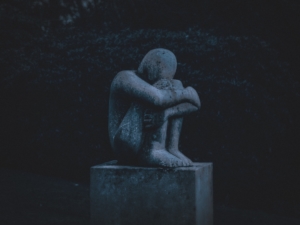 What’s the worst thing that has ever happened to you? The thing that you feel is too big for God to make any sense of; that no good can ever come from such tragedy?

God can turn anything into anything, if we follow Him. Joseph was sold by his brothers into slavery. It would be hard to think of anything more demeaning. Joseph had every reason to live out the rest of his life in anger and bitterness. But listen to the rest of the story.

Now Joseph had been taken down to Egypt; and Potiphar, an Egyptian officer of Pharaoh, the captain of the bodyguard, bought him from the Ishmaelites, who had taken him down there. The Lord was with Joseph, so he became a successful man. And he was in the house of his master, the Egyptian. Now his master saw that the Lord was with him and how the Lord caused all that he did to prosper in his hand.

This would be God “working all things together for good” as Paul would later tell us that God does for those who are following Him.

THE REST OF THE STORY

The story doesn’t end here, of course, for Joseph lived a long life. At each turn God had a sovereign plan for His servant. Joseph was thrown into prison but look at God’s work on His behalf.

God blesses and uses His people who will embrace His sovereignty over their lives. Such trusting believers do not need to have an answer for why everything happens, but trust God enough to believe that God has a Divine agenda that is good.

God later lifted Joseph out of prison to become the second most important person in the world. Joseph led Pharaoh to prepare for a drought that not only spared the Egyptians, but spared God’s own people, preserving the promise God had made to Abraham. God’s hand on Joseph had a higher agenda—to save nations—and Joseph cooperated with God in the process.

Joseph’s whole life is Exhibit A for us, and is given for our encouragement and instruction. Why would God do any less for you?

Sovereign King, help me not to question the dispensations of Divine Providence. You know what you’re doing. If we will trust You—even in the hardest moments—You genuinely work it all together for our good, other’s good, and Your glory. Help me see this today and let me relax in Your sovereign plan for my life. And, by Your grace, may it be said of me at the end of the day, “And the Lord was with him.”