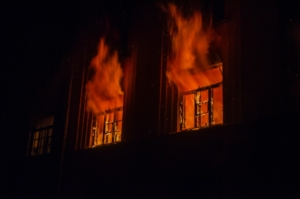 The older, wiser Mr. Brockton: When scores of people lose their lives at one time, it isn’t alarming, but it is tragic.

Mr. Brockton: The size of the group whose lives are taken is of little consequence, as my story will show.

Servanti Pauli Pasquali was unperturbed as he read his oil stick in front of the grocery story on Saturday morning, January 24th. His wife was in the store buying a kind of sausage preferred for the evening pasta. This gave Servanti a moment to get under the hood of his dark maroon van to see if it was short on oil. It was not. He looked at his transmission fluid and brake fluid as well as he waited.

Just as Servanti closed the hood, he heard steps. He turned to see someone running his way. The man ran into Servanti accidentally throwing him on to the ground. On the way down, Servanti hit his head on the bumper of his van. It was strange that this all happened, and could well have been avoided, yet the happenstance nature of the accident did not reduce the tragic nature of it, for Servanti was taken by ambulance to the hospital where for several days he suffered excruciating headaches, “like no headache I’ve ever had.” It was soon discovered that he had an aneurism in the brain which had ruptured, presumably connected in some way with his fall. It was not the fall itself, but the blood rushing to the head and the rise in blood pressure during the experience that ruptured the vein that was now hemorrhaging. He had to have surgery quickly. The surgery was not completely successful and Servanti suffered intense pain during the next days, and inability to concentrate or talk, until he eventually experienced an additional stroke paralyzing him from the neck down. He lived for sixteen years with intense pain in his head and a body that would not move. He was only 24 years old, with a new wife and one baby girl.

A half-world away, on the same day, a garment factory burned. The building was mammoth, but unfit for the nearly 1500 women and girls who were stuffed into it, making clothing for the western markets. The fire began on the first floor, but shot up through each succeeding floor faster than could be accounted for by the police and firefighters who eventually arrived on the scene, too late and too ill-equipped to do any good at all. Because the building was cooled by open windows and fans, the heat of the fire intensified quickly and was sucked upward though every stairwell and ventilation space in what seemed to be mere seconds of time, though it more than likely took 12-15 minutes. The lower floors collapsed, and the entire building reeled and then folded in on itself into a blazing hell. Out of windows, dazed young women seeking air to breathe jumped to their deaths, with no net below. Almost all its occupants, outside of a few people on the first floor, were burned to death. In one case a ball of fire emerged before the building dropped, moving out to the street. It was two women embraced and ablaze—a walking flame of humanity, soon to be extinguished.

And one more thing happened: An old man in his eighties, in good health for his age, retired to bed on the day of the fire and quietly died in his sleep.

James: I think I see your point. As death goes, the quick death of the young ladies in the garment factory is actually to be preferred to the lingering death of Servanti. But the death of the old man is better than them both.

Brockton: That may or may not be so, for I did not tell you that the old man lived mentally and emotionally as a two year old though his body was generally healthy. He was cared for by the state and died without ever having had any friends. Regardless, this is not my point. Both the death of Servanti and of the old man and the young women is tragic whether taking a longer or shorter time, or happening earlier or later in what is considered a proper lifespan. Nor is there a lessening of the tragedy of it if one of them dies in his sleep and the other dies in the fire or on a bed of affliction. One is not essentially different than the other in terms of eternity of which life now is only a speck in time. Nor does either altar the death rate for humans, which is currently at 100%.

We all die. And, therefore, we should not be alarmed at such a stone-cold reality. The tragedy is in death itself, not the manner or suddenness or quickness of it, or when it falls in what is considered a normal lifespan, or even if many die on the same day.

James: I see. Death is tragic, but should not be alarming at all. Likely the daily worldwide statistics for death on the day of the fire did not change at all. Death happens to all. Death will happen to me.

Brockton: And this is why you should be prepared for it. It is this tragic outcome for mankind that Jesus Christ addresses in his death and resurrection and no-one is ready without recognizing and acting on Christ’s appeal to benefit from it. Only Christ altars the effects of this tragedy and makes death a gateway to what is better.