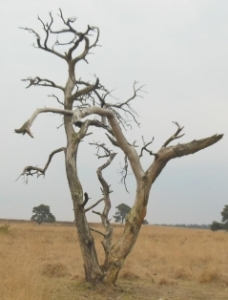 I’m sitting up in bed in the early morning wondering why people hate and kill each other. Egypt and Syria come to mind with their fist-shaking mobs, bloody bodies carried from the fray, and mothers wailing as much with their upraised hands as their shrill voices. Why?

It was in a family that the first murder took place. We have difficulty understanding the scene in the first chapters of Genesis when Cain rose up in a field to kill Abel. This was a man who just gave an offering to God as a religious act. Years later, mankind is so Cain-like that God judges it universally in a massive flood. But more will come, and the Bible won’t cover or make excuses for it. There are hundreds of thousands of deaths recorded in the Bible. “Death reigns” is half the truth, but a significant half, reports the apostle Paul. Soon after man was created death began its tyranny.

Like you, I am weary of violence everywhere you look. Yet the news reporter will be talking of breaking news again before the day is out, telling us about another murder in this or that neighborhood or convenience store. Only a handful of worst cases will be newsworthy; there are many more. It is sickening and mind-numbing to watch the news.

In home after home, violence mixed with sex will fill the eyes of even its youngest members while sitting before the video screen. It’s the lure we love to say we hate, but don’t.

I’ve walked through the concentration camps in Europe. Dachau was particularly striking. You can smell death and violence as you walk through it – the underbelly of Aryan superiority. I’m sure the parents and wives of young soldiers who worked among those Jews were sleepless thinking of their sons and husbands carrying out atrocities. These were their church-going children; the fun loving “Christian” fathers of their sons and daughters. They didn’t know they could be like this, surely.

Some time ago I talked candidly with a “Progressive” Christian leader. I consider this man a true friend and one willing to express frankly what he believes. I admire that. Our talk was refreshingly honest. He is well-read in biblical backgrounds and contemporaneous cultural issues of Bible times. He’s a religious teacher, though long ago he forsook the old assurance that God can be confidently known to exist. He has no faith in the words of the Bible as precisely true. The Bible is a valuable record of what some people thought to be God’s mind, not the word of God itself. Jesus did not live prior to being a man. The resurrection happening or not happening is not essential to his Christianity. He was kind and thoughtful, but in my ears he sounded like a materialist with religious interests who found a home in a mainline church. Progressive? What a strange word for him.

Unless I read him wrongly, my friend is left with only an ethic and an example in Christ the man, and that is only a Christ as he perceives him. This is the heart of his Christianity. His ethic is love and justice, the worthiest of virtues that realistically make little sense if God happens not to exist. His selective view of what Christ actually said and did denudes Christ of all but what fits his scheme. He meant no ill in what he said. He is an honest searcher. His beliefs were unconvincing and pitiable though articulately stated and wise-sounding. But why should I believe him or the doctors he reads rather than Jesus and Paul and John? He had no transforming message. I told him, kindly, that his beliefs were what we call “disbelief.”

No resurrection, no overcoming, no hope, no certainty, no way to counter the relentless march of death–at least, nothing for sure. Most who have the same mindset as my friend talk of love and justice, but who knows if they would be just or loving if they were charged with the responsibilities of a Nazi death camp? And why would it make any difference, if God does not exist? Why would one act be any different than another? Who cares? Who is the judge? Who watches? Who provides a way out? Strangely most who share views with my friend about spiritual matters also condone abortion. Why should they not also find themselves permitting the killing of others of any age? From my perspective, most of those who cry “justice” the loudest are the prone to allow the killing of babies as “justice” and “mercy” for mothers and fathers who are inconvenienced by them. It is all turned on its head, but the deception persists that these are the merciful and just people.

Rather than this sometimes gentle and so-called “reasonable” religious uncertainty, I take life. Death will not reign supremely. This life is found in an existing God who has made Himself known, a preexistent Christ who came to suffer for the sins of men dying in sin and because of sin, a resurrected Christ in glorified body, a future better world for those believing Christ and judgment of those who will not, and words, amazing words, by which God communicates this life. I’m an unashamed supernaturalist because Jesus was, and I long to help others enter into this life I enjoy.

“Where sin increased grace abounded all the more, so that, as sin reigned in death, even so grace would reign through righteousness to eternal life through Jesus Christ our Lord” (Rom 5:20-21)