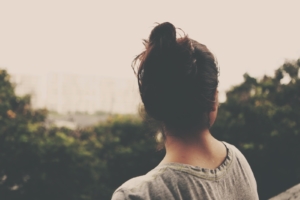 A famous music artist recently professed faith in Jesus. He is so popular, even late night talk shows are having him on to talk about his new album and changed life. It has been riveting and, so far, seems legitimate.

This cultural icon’s profession of faith brought to mind a salvation story from the 1800s of a twelve year-old girl named Helen from Birmingham, England. She wasn’t famous when she was converted, but her family name remains well-known even today—especially during Easter.

Helen’s father, Richard, was a “well-known Christian philanthropist, a member of the Society of Friends, and one of Birmingham’s foremost benefactors, who was like a father to his employees and to the poor people of the city.”[1] Both of Helen’s parents were committed believers. At the age of twelve, she began to experience deep conviction of sin and even longed to be a Christian like her parents, but remained in an unconverted state.

Even though Richard was a very successful businessman, “(H)is chief aim in life both in his business and outside it was to work for the Lord Jesus Christ in bringing others to know Him.” One of the avenues in which he sought to do this was in a “Mission Hall” in a poor part of the city. It was there during a special gathering that Helen recalls a sermon: “I heard the voice of God speaking straight to my heart.” She especially remembered the words from a hymn sung that night:

Jesus has bled and there is remission;

Christ hath redeemed us once for all

Helen reflected on what she was experiencing in her soul:

I looked at the faces of the people as we sang. Many were there amongst our workers, whose lives in the past had been as bruised and wretched as some of those whom they had brought from the public-houses that night. But Christ had redeemed them, and as I saw the light on their faces while they sang ‘Free from the law,’ I knew it was more than mere words to them. They were free, and they knew it. A hunger came into my own heart. If only I could sing it as they were singing it.

After the message, those interested in following the Lord were invited to a room to receive further counsel and prayer. Helen made her way there and saw her father praying with a young man.

I sat and waited, and in a few moments my father rose from his knees, and looked across the room. Never shall I forget the light in his eyes as he saw his own little girl sitting there…He came to me at once, and knelt and prayed with me. For years that dear voice has been silent on earth, but its tender tones are still fresh in my memory as he prayed that God would take and keep my life.

Helen was now a follower of Jesus. But what happened next?

From that day a new impulse for living began for me. The joy and peace which God had given me was too good to be kept to myself, and I longed for others with whom to share it. I was too young to do much, but amongst my schoolmates were girls representing all phases of believe and unbelief. Here was a great field for work ready to my hand, and I asked God to help me to win some of these girls to the Lord Jesus Christ.

Right away, she and a friend began sharing the gospel.

We each kept a Bible in our desks, and always made use of it when we could…One difficulty that we met with at school was how to get at our Bibles just when we wanted them, and (we) decided to carry a small pocket Testament always about with us…Finding this habit of carrying God’s Word of great help to ourselves, both for our own reading at odd minutes, and especially in doing personal work, the thought came to us to organize amongst the girls a little Society which we named the “Pocket Testament League.”

The Pocket Testament League still exists today, with the motto, “Mobilizing and Equipping Christians to Read, Carry, and Share the Word since 1893” (www.ptl.org). To date, they have distributed over 110 million copies of Scripture (primarily either John’s gospel or a New Testament) all around the world!

And what was Helen’s last name? Cadbury. Her dad was the president of Cadbury chocolates — most famous today for Cadbury Easter Eggs.