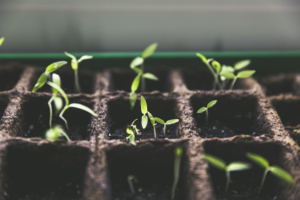 Do you ever wish you could hurry up God’s work in someone’s heart?

During a period of American history called the Second Great Awakening, beginning in the late 18th century, many people were being converted to Christ. This story was written during this time. Look at the mother’s part in the conversion of this young man:

A mother faithfully taught the gospel to her son, yet he became a notorious sinner. However, his mother did not labor in vain:

“His torments of mind increasing upon him, he resolved to put an end to his dreadfully profane and wicked life. He accordingly procured a large dose of arsenic, and laid it up for that purpose.

“In the meantime, he had a dreadful struggle in his mind. His purpose, he thought, must be put to execution; and it seemed to him that the torments of a future world for sin, could not exceed the pain of mind which he felt. In this dreadful struggle, the pride of his heart was subdued, and he was made to bow at the footstool of sovereign grace on the 10th day of March . . . He admires, and adores, that such an awful, heaven-daring, and heaven-despising wretch, should be plucked as a brand out of the fire.”[1]

When does the seed you plant bear fruit?

The gospel you share may never bear any visible fruit, it is true, but, thankfully, fruit is often seen later . . . perhaps years later.

The Wife Who Eventually Repented

It was one of the saddest days of my life as a pastor. She sat there in my study with her husband and confessed it all. She was angry with him. She was having an affair. She was leaving the church.

I was stunned, but God helped me to calmly plead with her to repent. She refused. When we excommunicated her, handing her over “to Satan for the destruction of the flesh” (1 Cor. 5:5), she told me that we were acting biblically. “But I’m going to do what I want,” she reminded us. As the months passed by, she heard from the Bible about her sin against God, her husband, and the church. Still, no repentance.

Over a year passed. I moved to another state. One afternoon, the phone rang. It was her husband. “I think she’s repenting.” It was true! I even flew back to see the church restore her to the fellowship—one of the highlights of my life.

In her testimony of how God brought her back, she said something like this: “I couldn’t forget what the people who knew what I had done told me from the Bible. They told me the truth, and God would not let me forget it. It eventually drove me to repentance.”

“Therefore, my beloved brothers, be steadfast, immovable, always abounding in the work of the Lord, knowing that in the Lord your labor is not in vain.” (1 Corinthians 15:58)