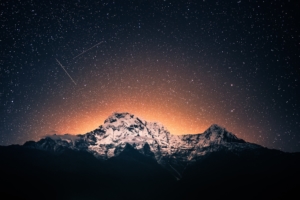 When believers suffer, is it a sign that God doesn’t care? Is the seemingly arbitrary and unfair distribution of suffering in this life an indication that God is not a loving Father?

Someone I know recently expressed personal doubts about the character of God. He said he fully believes in the purpose of the cross of Christ and is confident in the resurrection of Jesus, but he struggles to find evidence in this life that God is a loving Father. His complaint was based on his observations of the sufferings endured by believers, especially the apparent unfairness in God’s distribution of these unpleasant experiences. For example, a believer who never smoked is now suffering from the effects of lung cancer. Also, faithful and sacrificial followers of Christ in Arabic countries are tortured and murdered because of their faith, while believers in prosperous western countries live in relative ease and security. If any of my children were suffering in these ways (as my friend mused), and if I were able to relieve them of their suffering, I would do it. They wouldn’t even have to ask!

I appreciated his honesty, but he failed to recognize that the promises to believers in the New Testament (take 1 Peter, for example) are written to those who will suffer persecution and tribulation as Christians, not to those whom God’s fatherly love will shield from these difficulties. Peter even instructs his readers not to think it strange when they endure these difficult and painful experiences, but rather to “rejoice insofar as you share Christ’s sufferings, that you may also rejoice and be glad when his glory is revealed” (4:12-13).

The promises in 1 Peter, and elsewhere in the New Testament, give comfort and encouragement based on what comes after this life: the final result of the pouring out of God’s love through Christ, namely, our glorious inheritance in heaven. Believers are never promised lives free from difficulty, persecution, sickness, disease, or any other calamity. Any biblical promise that is interpreted in that way is misinterpreted. What we are promised is that though we suffer in these ways, in varying degrees according to God’s sovereign prerogative, none of it can separate us from our Father’s love.

This is Paul’s central message in the latter part of Romans 8 where Paul assures his readers that “for those who love God all things work together for good, for those who are called according to his purpose” (8:28). The “good” Paul has in mind in verse 28 is the inheritance of glory with our Lord Jesus Christ, as he had previously mentioned in verses 16-17. There he also introduced the idea that inheriting glory with Jesus also meant suffering with Jesus first. The “all things” Paul has in mind in verse 28 would include things that might tend to make us believe God doesn’t really love us—things like tribulation, distress, persecution, famine, nakedness, danger, and the sword (as he goes on to list in verse 35).

In our merely human way of thinking, any loving father, having the capacity to protect his children from such things, would naturally do so. But as Paul continues, our loving Father has already proven his love for us in such a way as to remove any and all rational doubt: “He who did not spare his own Son but gave him up for us all, how will he not also with him graciously give us all things?” (v. 32). He then goes on to add that the love of Christ, who died, who was raised, who is at the right hand of God, and who presently intercedes for us, provides additional evidence of our absolute security in the Father’s love. “Who shall separate us from the love of Christ?” (v. 35). Even if we were like the Jews in Asaph’s time, who wrote to God in seeming despair and confusion that “though we have not forgotten you . . . nor have our steps departed from your way . . . Yet for your sake we are killed all the day long; we are regarded as sheep to be slaughtered” (Ps. 44:17, 18, 22, cf. Rom. 8:36)—even that experience could never separate us from the Father’s love. As Paul concludes in verses 38-39, there is nothing in all of creation that “will be able to separate us from the love of God in Christ Jesus our Lord.”

Keep the faith! God is good, and all his ways are perfect. By sacrificing his own Son for the good of others, He has already demonstrated his love for us in a way that could never fit within our human estimation of what constitutes a loving fatherly action. Having gladly received the eternal benefits of that utterly incomprehensible demonstration of divine love, why would we then limit His fatherly love for us in this life to only those actions and responses that fall within the bounds of our merely human expectation? As Elizabeth Elliot said after her missionary husband was murdered by natives, “Our vision is so limited, we can hardly imagine a love that does not show itself in protection from suffering. The love of God did not protect his own son. He will not necessarily protect us, not from anything it takes to make us like his son.”