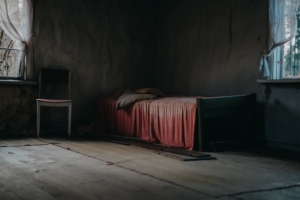 Below is the obituary of 79 year-old Dolores Aguilar, recorded in the Vallejo, California Times-Herald (August 16-17, 2008), submitted by one of her daughters.

Dolores had no hobbies, made no contribution to society and rarely shared a kind word or deed in her life. I speak for the majority of her family when I say her presence will not be missed by many, very few tears will be shed and there will be no lamenting over her passing.

Her family will remember Dolores and amongst ourselves we will remember her in our own way, which were mostly sad and troubling times throughout the years. We may have some fond memories of her and perhaps we will think of those times too. But I truly believe at the end of the day ALL of us will really only miss what we never had, a good and kind mother, grandmother and great-grandmother. I hope she is finally at peace with herself.

As for the rest of us left behind, I hope this is the beginning of a time of healing and learning to be a family again. There will be no service, no prayers and no closure for the family she spent a lifetime tearing apart. We cannot come together in the end to see to it that her grandchildren and great-grandchildren can say their goodbyes. So I say here for all of us, GOOD BYE, MOM.

At various times in my life I have conducted funeral services attended by only a handful of family members. Although sometimes small attendance at funerals represents the fact that the deceased had outlived his or her family and friends, or that the closest friends lived far away, Dolores Aguilar was not in that category. She simply was not loved.

Will you be missed after you die?

Robert Murray McCheyene, pastor in Dundee, Scotland, and historic revival leader, was only 29 when he died. He used to say, “Live so as to be missed.”1 His biographer said, “None that saw the tears that were shed over his death have doubted that his own life had been what he recommended to others.”

In the rural south, during the 50s when farmers served each other and community was all important, my grandmother Mollie Carter passed away. She was the Christian mother of 14 children. My own mother, her youngest daughter, told of the nearly one-thousand people attending her funeral. Even the blacksmith, with his long (usually snuff covered) beard was there, dressed in clean overalls, and a washed beard! Why did they come? “My mother was the kindest woman they knew. She was generous with all she had, and never said an ill word about anyone,” reported my mother in her own words.

She lived so as to be missed.

With Christ, an ugly life can be turned into a beautiful one. He can take the meanest of us and make us loving, kind and generous. He specialized in impossible, cantankerous people.

He can even change you.