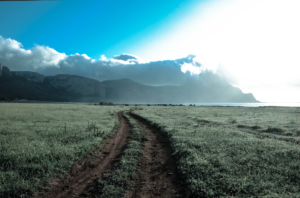 It may come as a surprise to you that some people preach Christ even though they are trying very hard not to. Let me explain.

By “preach” I mean, “to share the person of Christ and the message of the gospel with others.”  That’s what we should be about as believers. The early Christians, following the stoning of Stephen, did this everywhere they went as further persecution forced them out of Jerusalem.  Luke, the author of Acts, reported this succinctly, “Now those who were scattered went about preaching the word [i.e. gospel message]” (Acts 8:4, ESV).

I had a friend who used to call this free and open sharing of the message, “gossiping the gospel.” Because these early Christians had been so deeply transformed by the gospel message, they simply couldn’t help but tell others. All of us who are believers in Christ can understand that.

Preaching by Those Who Don’t Want To

But there is one group of people who would have been quite surprised to know they were preaching Christ. The story takes place during the prison days of Paul in Rome. He wrote about it in the letter to the Philippians. I’m convinced that Paul writes of it as an irony:

“I want you to know, brothers, that what has happened to me has really served to advance the gospel, so that it has become known throughout the whole imperial guard and to all the rest that my imprisonment is for Christ. And most of the brothers, having become confident in the Lord by my imprisonment, are much more bold to speak the word without fear. Some [“some others,” in my view] indeed preach Christ from envy and rivalry, but others from good will. The latter do it out of love, knowing that I am put here for the defense of the gospel. The former proclaim Christ out of selfish ambition, not sincerely but thinking to afflict me in my imprisonment. What then? Only that in every way, whether in pretense or in truth, Christ is proclaimed, and in that I rejoice. Yes, and I will rejoice.”
(Philippians 1:12-18)

True, Paul’s imprisonment upped the boldness level of the believers in Rome. Paul, after all, was exceptionally bold himself, and his behavior had a great effect. For one thing, it certainly made the imperial guard and those who might make a difference in his case understand that he wasn’t being imprisoned for an offense against the state, but because he loved and served Christ.

But, “some indeed preached Christ” another way. I think these were not true brothers, but rather, “some” who opposed Paul and wished the worst for him. They preached Christ without wanting to—that is, unwittingly. Their vocal opposition brought the name and work of Christ before more and more people. They made the name of Christ known when they actually hated Christ and his messenger, Paul.

God is always in the business of foiling the enemy of Christians. The most lucid illustration of this was the cross itself. Satan sought to destroy the work of Christ through the betrayal and crucifixion, but accomplished the opposite. He plotted the cross only to engineer his own defeat and the absolute victory of Christ for all those who would believe in Him. Satan’s plan backfired. This happens often to our poor enemy. Indeed, it must be terribly frustrating, but still, he cannot help but go on hating Christ, believers and that powerful message called the gospel.

Take heart, you who care about sharing your faith with others. When opposition comes, it may seem overwhelming, but out of their resistance and rebuke, comes a kind of declaration of Christ that can speak powerfully to others.