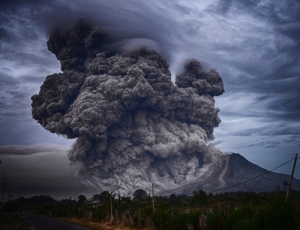 Why did the Exodus happen?

I’ll give you a multiple choice.

A. To bring the Israelites out of slavery.

B. For God to fulfill his covenant with Abraham to bring the Israelites to the promised land.

But do these two reasons explain all the data? It seems to me that God could have led his people out of slavery and into the promised land without all the plagues and the crossing of the Red Sea. Consider one possible scenario: Kill Pharaoh and a few others on day one of the infant genocide and let the Hebrews walk out humming a tune.

Why not? Why drag it all out by hardening Pharaoh’s heart until the land and population of Egypt is devastated by ten plagues? And why lead the Israelites out to a place where they get jammed between the Egyptian chariots and a large body of water? In fact, why even let them get enslaved in Egypt in the first place?

Moses actually had a similar question for God right after he had spoken to Pharaoh for the first time. Instead of letting the Hebrews go, Pharaoh augmented the harshness of their slavery. So Moses asks,

This is actually a pretty good question. To understand God’s answer, we have to do some probing into the rest of the story. What’s interesting in the narrative is that nobody seems to know who Yahweh is, at least not really. There is evidence in the story that the Hebrews had passed down, to some extent, their ancestral stories about the God of the patriarchs during their 400-year sojourn in Egypt. Yet, when this same God appears to Moses at the burning bush, Moses foresees that the Hebrew elders will ask, “What is his name?” (Exod. 3:13). God answers that his name is Yahweh.

If the Hebrews aren’t too familiar with the name Yahweh and its significance, Pharaoh even less. When Moses and Aaron walk into the throne room for the first time to say that Yahweh demands the release of the slaves, Pharaoh says, “Who is Yahweh that I should obey his voice . . . I do not know Yahweh . . .” (Exod. 5:2). One imagines a mafia boss who’s got better things to do. “And, uh, as for this . . . what did you say his name was again? Never heard of him.”

So this brings us back to God’s answer to Moses. He says,

“I am Yahweh; and I appeared to Abraham, Isaac, and Jacob, as God Almighty, but by my name Yahweh, I did not make myself known to them . . . Say therefore to the sons of Israel, ‘I am Yahweh and I will bring you out from under the burdens of the Egyptians . . . I will also redeem you with an outstretched arm and with great judgments. Then I will take you for my people and I will be your God; and you shall know that I am Yahweh your God” (Exod. 6:2-7).

So why is this happening the way it is? Ultimately, so that when the Israelites see what Yahweh does, they will know who Yahweh is. We see in this passage the first of eleven “that you may know that I am Yahweh” statements throughout the rest of the story, and they’re not only directed toward the Israelites, but to the Egyptians and even the whole world as well. Which brings us to option (C):

C. For Yahweh to give his name a reputation.

Notice how this purpose is confirmed to Pharaoh before the hail plague. God says, “For if by now I had put forth my hand and struck you and your people with pestilence, you would then have been cut off from the earth.” Remember, this was our alternative scenario! Just kill him at the beginning. “But, indeed, for this reason I have allowed you to remain, in order to show you my power and in order to proclaim my name through all the earth.” (Exod. 9:15-16). See? It’s all about reputation.

The Song of the Sea

The Exodus story ends with a beautiful song sung by Moses, often called the Song of the Sea. It is a song that reflects on the things we learn about Yahweh through the Exodus events. There isn’t time to outline everything we learn, like how Yahweh is a warrior who shatters evil oppressors, or how Yahweh is a savior committed to delivering his people. But there is one thing that we learn above all: there is no one like Yahweh. As Moses sings, “Who is like you among the gods, O Yahweh?” (Exod. 15:11)